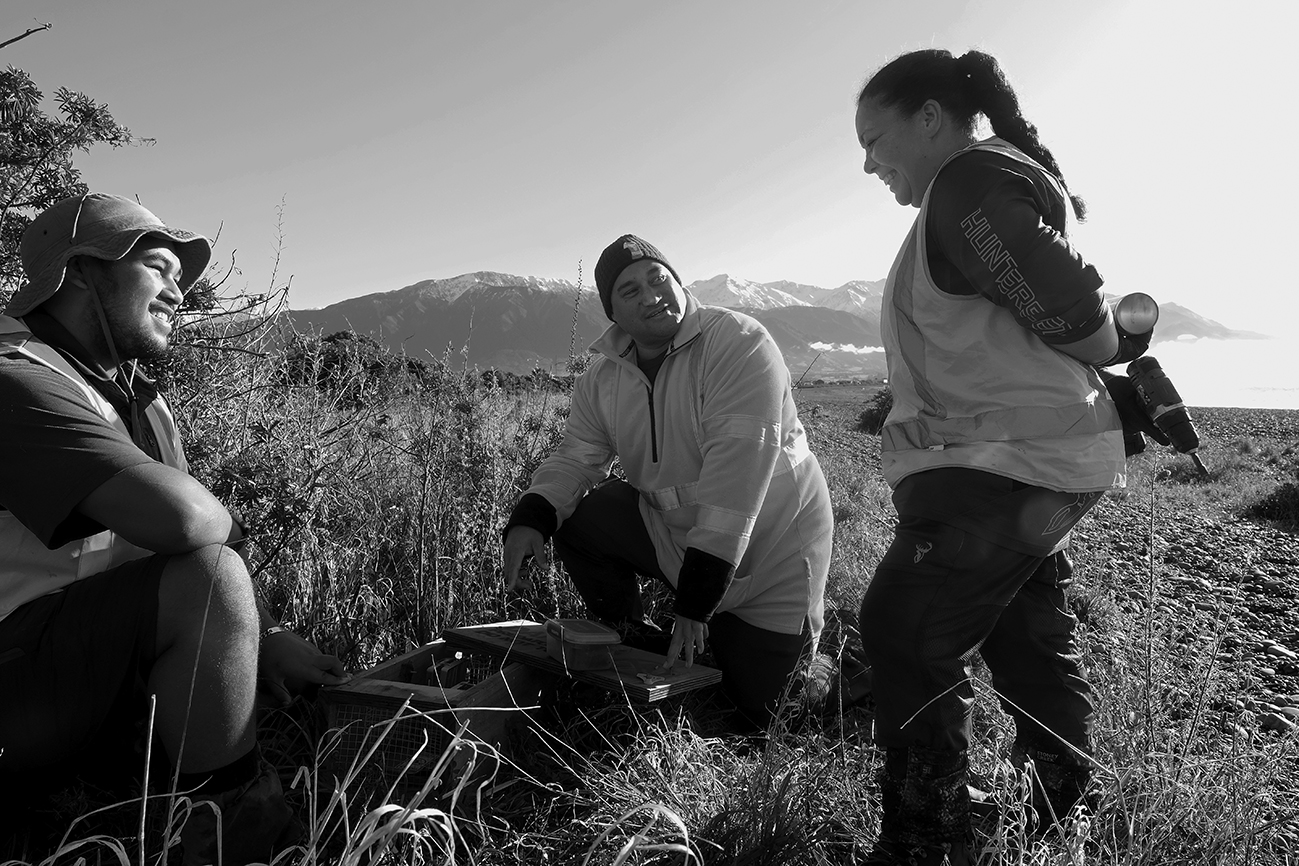 A rūnanga business in Kaikōura is changing lives, the environment and the narrative when it comes to pest control in its takiwā.

“The norm for most organisations that operate in pest control has been about eradication,” says Rawiri Manawatu, the Managing Director of Te Rūnanga o Kaikōura, “but we are changing that narrative to restoration – restoring the balance of nature.

“Kia haumanu te koha o Marokura is what we have named it. Marokura was one of the atua that came down to Kaikōura and the northern east coast and beautified it in preparation for man and animals to live on the land – it was a time when everything was balanced. So our kōrero is that we are restoring the gift of Marokura and restoring the balance of nature.”

Three years ago the rūnanga realised it needed to be prepared for future commercial opportunities within its takiwā. From a table-top review a list of opportunities was identified and Rawiri was engaged to get the company work ready.

He started building and strengthening relationships with Treaty partners, the Department of Conservation, Environment Canterbury and the local councils of Kaikōura, Marlborough and Hurunui.

Covid intervened and with it the Government’s Jobs For Nature programme presented an unexpected chance to propose pest control along 130 kilometres of coastline.

With the support of Treaty partners the company secured a $2.1 million three-year contract for pest control from the Oaro River north to the Awatere River.

Since July last year the company has grown to 11 fulltime employees, all from the local community and all Māori. Seventy per cent are Ngāti Kurī/Ngāi Tahu.

“Our business outcomes include whānau employment, personal development, training, creating career pathways, connecting people to the whenua, culture and whakapapa – it’s more than just doing the mahi, it’s connecting them as kaitiaki and giving them pride in being Māori and working for a Māori organisation.”

All pest control is done by trapping; no poisons are used. The team, which is predominantly rangatahi, spent the early months building the 1100 traps that come September will line parts of the coast.

They mainly trap rats, ferrets, weasels and stoats that are responsible for killing native bird colonies that nest and breed along the coastal flats. All traps are geo-located by GPS and all trapping data is collected remotely.

Rawiri says the company is focussed on building capability within its own people and creating a strong foundation and structure from where they can develop their kaimahi to become the next generation of kaitiaki.