Time to raise the gaze

The practice of sorting students into classes based on their perceived abilities – streaming – has been the status quo in schools throughout Aotearoa for many years. New research reveals that this age-old practice is biased and as a result negatively impacting the educational potential of many of our rangatahi. Kaituhi Kim Victoria reports. 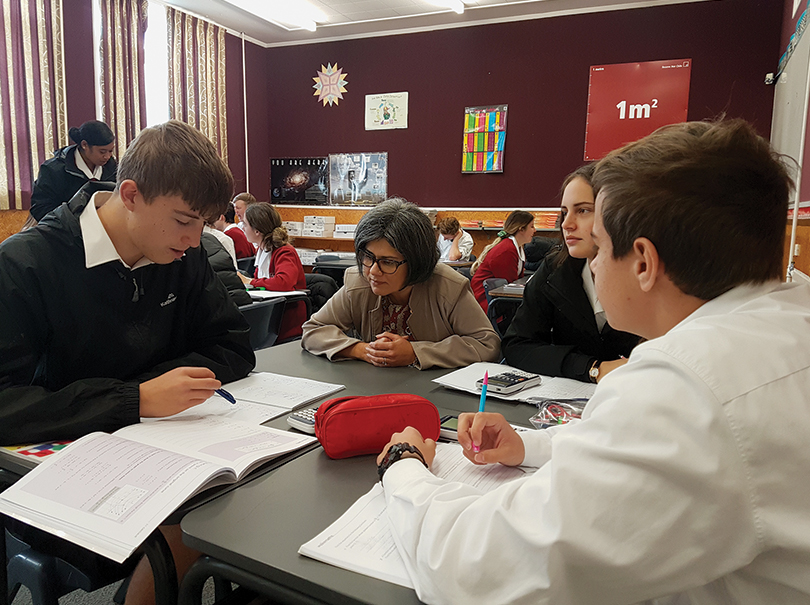 “Our job is not to prepare students for something. Our job is to help students prepare themselves for anything.” – A J Juliani.

They are politely called kāpeti maths and kāpeti science. But everyone knows what they really are: the cabbage classes – the foundation maths and science classes many rangatahi Māori find themselves streamed into at the beginning of their secondary school journey.

Streaming, or banding, is an ingrained practice in New Zealand’s education system, despite decades of research highlighting its destructive potential for many students, particularly Māori.

Christine Rubie-Davies is a Professor of Education at the University of Auckland, and has produced ground-breaking research on high expectation teaching, showing teachers who aim for students to move above their current level get better results.

“We have streamed in New Zealand forever, and nobody has ever questioned it. We have the highest rate of ability grouping among the 36 member countries of the Organisation for Economic Co-operation and Development (OECD), and we have the highest disparity between high-level and low-level achievers.”

She says the disparity starts from the time children turn five and first walk into a classroom.

“Within a couple of weeks they are put in an ability group for reading, maths, and often writing. Once they are in an ability group, that perpetuates throughout their schooling; because groups are given different tasks and over time, the children getting higher-level learning opportunities keep making much greater gains in their learning.”

The flip side is students in lower ability groups can’t make the same gains, because they are not getting the same access to opportunities. Christine’s research on high expectation classes filled with mixed ability groups showed students averaged two years’ academic learning growth in one year. Students with low expectation teachers were only making about six months’ growth over a year, so in effect were actually losing ground.

Christine’s findings parallel those of seasoned educational researchers such as Professors Bill Barton and John Hattie, who blame streaming for New Zealand’s worsening achievement scores for 15-year-olds compared with the 28 million others of the same age in the OECD.

“Students leave primary or intermediate school all bright and breezy and ready to tackle secondary school; and suddenly they are in the top stream or the bottom stream, and they know right from the word go what stream they are in.

“Those kids very soon become demotivated. They lack engagement. It’s not surprising why, and those are the kids that end up dropping out of school because they are disillusioned. They are being labelled every day they come to school.”

“There was a huge lack of self-belief and motivation, and the students were disengaged because by denying access to STEM courses, you have divided society into ‘haves’ and ‘have nots’. And the students know that.”

Desperate to improve morale in the college’s struggling maths department, Misbah’s interest was piqued when she assessed one of her students who had previously been identified as having below average intelligence. The assessment showed that he wrote to curriculum level 2, but verbally answered curriculum level 6. (There are eight curriculum levels spanning Year 1–13 in the New Zealand school system.)

“I realised then that we were not assessing our students correctly,” Misbah says. “We weren’t assessing what they knew – we were asking them to tell us what we wanted them to know. Streaming was being done on results, but we weren’t asking why the results were bad. We were just taking it for granted that because a student had low scores, that meant they were not able.”

That realisation, together with another year of disappointing NCEA results, especially for Māori students, demanded urgent and dramatic action.

At the start of the 2017 year, with the support of the principal and the senior leadership team, the Horowhenua College maths faculty decided not to stream the year 11 class. “I told my principal that it could all turn to custard, but it couldn’t be worse than what was happening already,” Misbah says.

As a result, the four teachers in the faculty set about learning every single achievement standard in NCEA Level 1 Maths so that they could teach different standards in the same class and then created one maths class spread over six lines on the timetable. They ended up with about 22 students in each class.

“Suddenly, things like linear algebra that I would never have offered some students, those students were asking if they could have a go at it.”

By the end of 2018, 24 per cent to 33 per cent of Horowhenua College’s Māori students had achieved excellence in different mathematics standards, compared with the national average of 8–9 percent.

A noticeable side effect of abolishing streaming was fewer behavioural issues in the year 11 maths classes, and student engagement was “through the roof”. 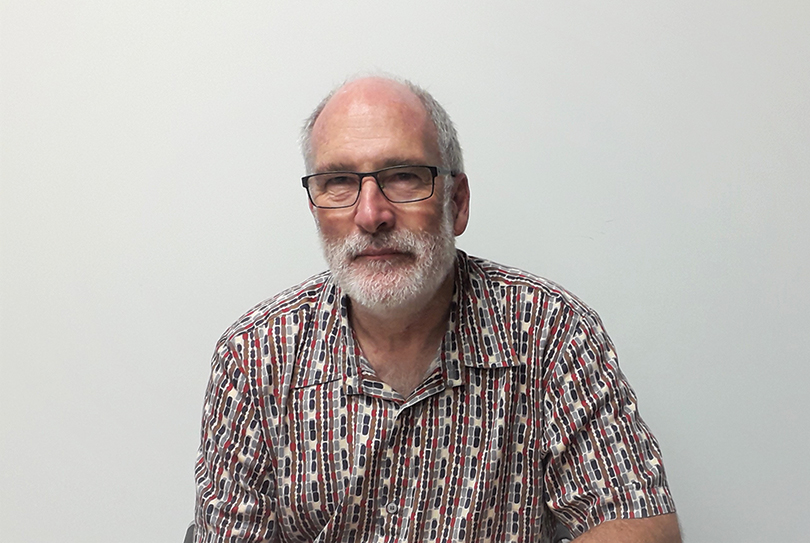 At the same time, Wellington High School maths teacher Bernie Wills was unsatisfied with maths teaching methods and the progress of his students in his previous role at Hutt Valley High School.

“We had high levels of student disengagement, and maths was always the class to skip,” says Bernie. “If you and your whānau don’t see the need for maths, then why would you bother?

“We have just perpetuated a system that doesn’t work for our children, particularly Māori and Pacific Island students, because it was convenient and worked for the teachers.”

As University of Canterbury College of Education researcher Professor Garry Hornby discovered in his research, there are no rules governing what age you have to be, or what level NCEA you have to do. There is no requirement for schools to stream their students.

“NCEA was set up to be a system where you picked up credits where you could, and collected a qualification at the end when all your credits connected up,” agrees Bernie Wills.

“Maths is put into context using real-world examples of problems, which works well at a basic level. But at higher levels what was context for the maths teachers had very little relationship to what the students understood; and if your English and reading comprehension skills were low, you couldn’t do maths.”

Swapping miserable maths stories one day, because “everyone hates the maths teacher”, Bernie and a fellow maths teacher decided to combine their year 9 and year 10 maths classes into mixed ability groups and introduce “flipped learning”.

Flipped learning means reversing traditional class work and homework, with students learning at home, usually with video content by their teacher, and doing activities based on this content in class. Because instruction is done previously via video for individual students, the teacher has the whole period free to talk to the student and build up a totally individual maths programme for that year, depending on how students see their career path.

For Bernie, one of the key findings from mixing up the classes was that students no longer felt any shame if they weren’t doing what the other students were doing. Collegiality also grew across the year groups.

Misbah and Bernie agree that mixed ability teaching is harder for the teachers at the start. It’s a different way of teaching, and requires greater student involvement. It also requires wider buy-in from the community and whānau.

“Unfortunately, there is still a lot of pressure from parents who want to send their children to ‘the best’ schools,” says Bernie.

However, results from schools prepared to up-end the status quo are starting to challenge this thinking. Bernie anticipated that it would take some time for students and teachers to get used to flipped learning, but improvements in students’ results were swift and remarkable.

“We were blown away. We didn’t have the same number of not achieved, or not completed, and levels of absenteeism absolutely dropped,” says Bernie, who is now getting similar results at Wellington High School. Meanwhile, Christine says the results are on a par with those emerging from three very different Auckland high schools where she is doing similar work. She says those three schools “are all starting to question what they are doing and whether streaming is good for the kids.”

Bernie believes the explanation for the success in his classroom, particularly among Māori and Pasifika students, is that by not pigeonholing them into bands or streams, they are empowered to make their own choices.

“You always do better when you’ve made a choice that you actually understand. Now students can work at their own pace and sit the assessment when they are ready.”

Change is always hard, but Misbah and Bernie say dropping streaming is the right thing to do, not only because it supports the research validating better achievement levels, but because doing so has demonstrably improved everyone’s engagement in their maths classrooms.

“I really enjoy going to school now,” says Bernie. Which, he knows, is good news for his students too.