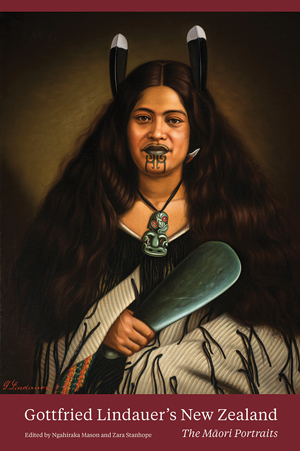 He kitenga kanohi, he hokinga whakaaro – To see a face is to stir a memory. This whakataukī embodies this book, published in association with the Auckland Art Gallery Toi o Tāmaki to accompany a major exhibition of Lindauer’s work, displayed from October 2016 to February 2017. This was the largest and most comprehensive showing of Lindauer’s paintings ever. The works were sourced primarily from the Partridge Collection of Lindauer paintings gifted to Toi o Tāmaki by Lindauer’s patron, Henry Partridge, in 1915. Also, Māori communities and families who own paintings of their tūpuna by Lindauer were asked if the portraits, which usually grace the walls of a family homestead or meeting house, could be loaned for the exhibition.

The book presents 75 artworks by Lindauer, 67 of which are portraits of Māori painted by him between 1874 and 1910. The men and women depicted include rangatira, tohunga, politicians, family members, and more. In the book they are grouped regionally, beginning in Te Tai Tokerau and ending in Te Waipounamu. They are also defined by their iwi affiliations, with tūpuna from 20 iwi represented, including rangatira with affiliations to Ngā Puhi, Ngāti Maniapoto, Ngāti Tūwharetoa, Te Arawa, Ngāti Porou, Ngāti Kahungungu, Te Āti Awa, and Ngāi Tahu.
Ngāi Tahu representations in the book include Rangatira Hakopa Te Ata o Tu, from Kaiapoi, based on an undated carte-de-visite photograph by photographer Daniel Louis Mundy that showed Hakopa in European clothing. In Lindauer’s portrait, he is wearing a finely woven kaitaka (cloak) with black hukahuka (tassles). A second Ngāi Tahu portrait is of Hori Kerei Taiaroa, a parliamentarian, who was elected to the House of Representatives for Southern Māori in February 1871 and was instrumental in pursuing Te Kerēme, the Ngāi Tahu claim against the Crown during his time in Parliament.

Drawn primarily from the Partridge Collection held at the gallery, the beautifully-rendered colour plates of each tūpuna are presented appropriately as full-page reproductions. Opposite the stunning images are concise but comprehensive texts by leading curators and art historians such as Leonard Bell and Ngahiraka Mason; the individual histories of each tūpuna written from the perspective of today. Although not exhaustively researched, the written histories include insight and information from the descendants of the rangatira depicted in the paintings, as well as information gained independently. They cover biographical information about each tūpuna, imparting an understanding of their lives, traits, achievements, and legacies. The texts also give a sense of Lindauer’s relationships with the tūpuna he painted, and the broader social and cultural context of 19th century colonial New Zealand. The writing reflects the cultural exchanges between Māori, European, and New Zealand Pākehā in this period, the transition of Māori culture and society, and the changes – cultural, political and artistic – that Māori were responding to. Many of the portraits were created by Lindauer using photographs, and some were portraits undertaken of tūpuna posthumously, rather than from life. Lindauer’s recognition and use of the still relatively novel technology of photography to aid his portraiture highlights his progressive nature as an artist. It also creates a distance, I think, between him and the subjects of his portraits. They do not contain the melancholy of Goldie’s later portraits of Tūpuna Māori that “freeze framed” Māori in a particular time, and they reinforced the damaging ideology of the “noble savage”, capturing images of Māori people and authentic Māori culture and life as if preserving “the last of a dying race”, before we and our culture did not exist anymore, wiped out by disease, Pākehā progress and other aspects of the colonial enterprise.

The final eight colour plates of the book depict scenes of the everyday life of Māori people of this period from a colonial perspective. Commissioned by Partridge, the large “genre paintings” were created by Lindauer between 1901 and 1910. The scenes include activities such as the application of tā moko, weaving, planting or preparing land for planting, and a painting entitled Time of Kai where a Bruegel-esque image of Māori village life is depicted.

The images and accompanying essays are a window into the world of Lindauer, New Zealand history, and a strand of New Zealand art history. Each add to our understanding of Lindauer’s time, context, work, and practice. They showcase a significant aspect of our colonial history and tūpuna, depicting their mana, history, and lives. This is an impressive, inspiring, and notable book. As someone who is not a huge Lindauer fan, preferring contemporary to historical art, I can attest that this stunning book would appeal to anyone interested in art, Māori, New Zealand history or New Zealand art history. 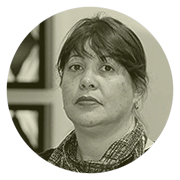 Megan Tamati-Quennell (Ngāi Tahu) is the Curator of Modern & Contemporary Māori & Indigenous Art at Te Papa. She lives in Wellington with her son Taniora. 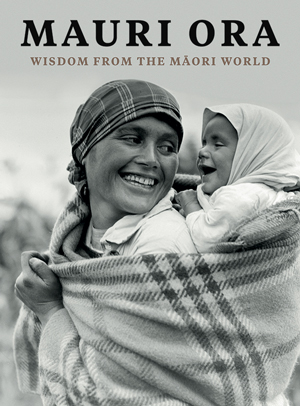 Mauri Ora is a beautifully presented book of well-known whakataukī which provides inspiration for those that may require it. Supported by stunning photos from the last two centuries, it is a beautiful reminder that to provide guidance for our future, we must sometimes look to our past. Dedicated to the late Ngāti Porou leader Dr Apirana Mahuika, it is a fitting tribute to a man who epitomised many of the whakataukī contained within.

In a similar style to “The Blue Book” it is not designed to be an in-depth study of each whakataukī, but rather a metaphorical warm hug on a cold day, or a guiding hand in a time of need. The book leaves it to the reader to draw their own conclusions and make their own connection with the relevant whakataukī and photos.

Mauri Ora isn’t a one-time read, but rather a book that the reader can return to over and over again. It may not be for everyone, but those who have the pleasure of owning a copy will have years of enjoyment to come. 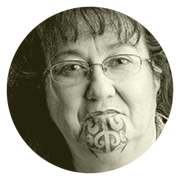 After the Treaty: The settler state, race relations & the exercise of power in colonial New Zealand 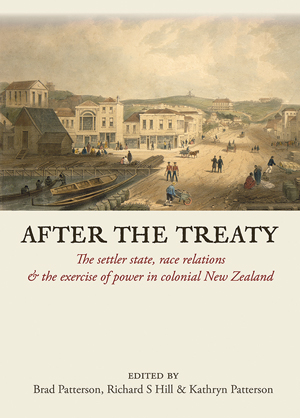 This is a heavyweight tome, even in paperback format. Its essays, although dense in tone, offer something of interest to everyone. This book began as a collection of essays by a range of historians in honour of Ian McLean Wards – researcher, writer, editor, civil servant and cultural activist (1920–2003) – with the aim of exploring further Wards’ themes on 19th century New Zealand’s colonial history. Before 1986 there were few specialist works on the early colonial state and relations between Māori and Pākehā. Wards’ 1968 monograph The Shadow of the Land, now somewhat dated, indeed foreshadowed later work. An essay by historian Jim McAloon, who worked with Ngāi Tahu on Te Kerēme, revisits this work, and says it “presented a detailed account of politics and military force in New Zealand in the Crown colony years”, but “promised more than it delivered.”

Wards was sceptical about the Treaty of Waitangi, seeing it as having “little guidance for the future”, while others such as A. H. McLintock – who referred to it as “the so-called Treaty” – saw it as “a chivalrous attempt to … protect the Māoris from ‘land-sharking and the evils of uncontrolled colonisation’”.

Carwyn Jones’ piece about Kīngitanga suggests that the movement reflects “the tension between modes of resistance and self-determination on the one hand, and reaction, adaptation and accommodation on the other.” Grant Phillipson discusses the saying by Nōpera Panakareao that “The shadow of the land goes to Queen Victoria, but the substance remains with us.” He contends that “it can be regretted that (Hone) Heke’s French advisers did not take more pains to remind him that he had already acknowledged the sovereignty of the Queen”, before cutting down the Crown’s flagstaff at Kororāreka. Richard Hill provides an essay about “surveilling the enemies of Colonial New Zealand”. He suggests that while the modes and targets have changed since the 1840s, “the major purpose of covert state surveillance activities within New Zealand remained the same – the integrity of indivisible state sovereignty and the ‘peace and good order’ on which the fortunes of its political economy were based.” 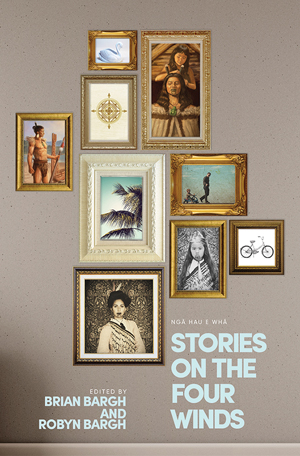 The very short introduction to this collection of invited stories says little about the brief for the 18 New Zealand writers selected, apart from asking them to give readers “something to surprise them.” It was not a shock to read the 20 stories and find they do indeed surprise and cover the full gamut, from tender stories of aroha to “the grim reality of violence and social injustice.” Not many are redolent of Māori or Pasifika themes or characters, but some do exhibit the politics of difference, often in subtle ways. The editors, who founded Huia Publishers, acknowledge that many of the writers in the book “began their publishing with us and have become established literary identities.” To my (only mild) chagrin I wasn’t one of them!

So it was probably inevitable that some stories would enchant me, and others leave me wondering whether I should be surprised when yet another stereotype or social misfit was the subject. The authors range from doyens like Albert Wendt, Patricia Grace, and Renée to more recent graduates from the long-running Huia Short Story publications. Wendt’s two excellent stories exhibit his usual narrative skill in sucking the reader into other people’s believable and often problematic lives. Grace’s story, Hey Dude, is an enigmatic one with all the ingredients – wordplay, joy, sadness, and most importantly real situations with no stereotypes. Renée’s is a wonderfully simple story about an old woman creating a garden alone amongst her friends. One of the best stories was Mark Sweet’s marvellous Trust, ostensibly about exporting Kiwi ideas of trust. It subtly drew me in with its twists and turns to a satisfying and unexpected ending.

Other impressive stories by Ann French, Paula Morris, Tina Makareti, James George, Jacquie McRae, and Helen Waaka covered themes including justified utu, the problem of being a woman alone in Nazi Germany, a failed attempt to reconcile with a parent, turning off life support for a child, and loss, conflict, and redemption in general. Other stories – although still good – fell into the trap of stereotypes, lack of any redemption, or just plain strangeness.

Short story collections like this are all too few, so it would be encouraging to see a Volume 2 and 3 to follow.