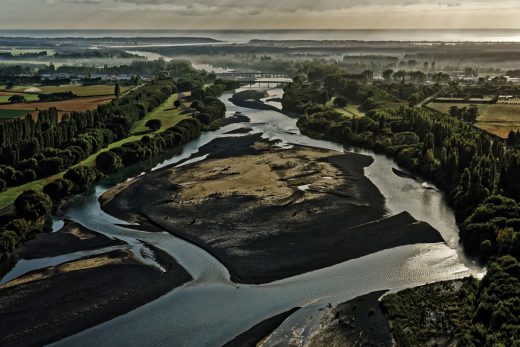 Waimakariri The Waimakariri is one of the largest rivers in North Canterbury. Flowing in a generally south-eastward direction from Kā Tiritiri o Te Moana (Southern Alps), the name Waimakariri refers to the makariri (cold) mountain-fed waters. The Waimakariri has been a well-known source of mahinga kai with numerous kāinga nohoanga and kāinga mahinga kai situated along the length of the river. Though the river itself was a traditional travel route to Te Tai Poutini (West Coast), it was also frequently used to access the rich mahinga kai lakes of the Canterbury high country.
Photograph: Tony Bridge