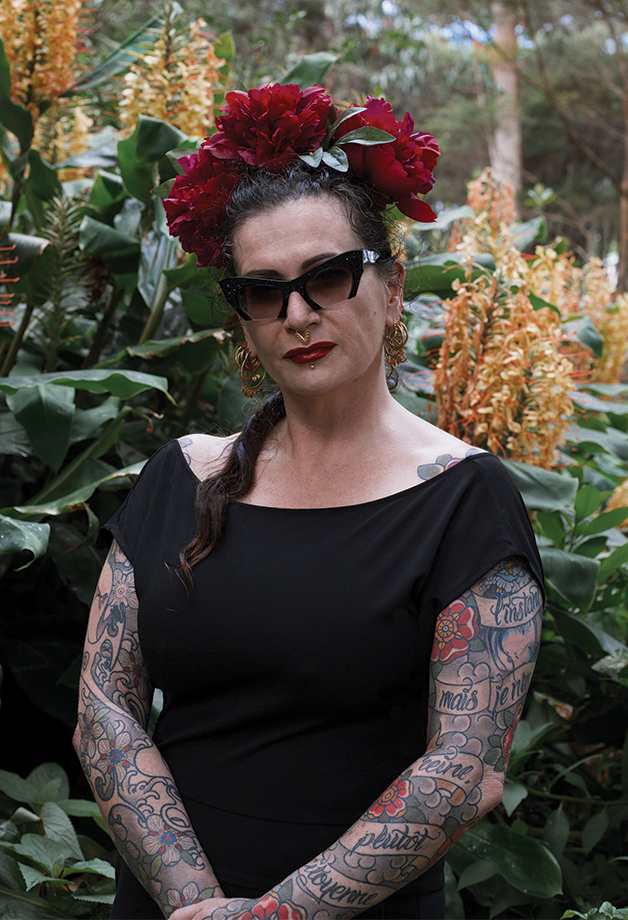 Fiona is absolutely overwhelmed to have been given this rare honour. “It is actually a knighthood. It took me a while to work that out because naturally I don’t know much about the French honours system, but when I did I was absolutely blown away.”

Fiona received her knighthood for her extensive work researching and photographing collections in several museums. She first travelled to France in 2007 after learning about a collection of life casts held in storage in the Musée de l’Homme, an anthropology museum in Paris. This collection was created by renowned nineteenth century phrenologist Pierre-Marie Dumoutier, and includes a selection of skulls cast during his time in the Pacific between 1837 and 1840.

When Fiona learned that there were several Māori casts in this collection, including those of her Ngāi Tahu ancestors, she knew she had to go to the museum to see the collection for herself. “It was a strange and difficult place, but that’s where you find the work. That’s where the taonga is.”

Over several years and two stints in France, Fiona researched and photographed more than 50 casts of Māori, Pacific, and European heads. These were published in 2011 in her book The Pressure of Sunlight Falling.

“It’s a book I’m very proud of and work that I was very honoured and happy to do; getting faces from the past out into the light. Hopefully people in the future will be able to research their own whānau.”

Fiona’s knighthood comes on the heels of the publication of her most recent book A Beautiful Hesitation. Published on March 10, this was released in tandem with the largest exhibition of Fiona’s work to date. A Beautiful Hesitation, includes over 150 photographs spanning the 30 years of Fiona’s career. Themes in the book include beauty, life, death, personal strength, and “the idea of turning what’s shattered into something beautiful.”

Fiona found it difficult to select works for this retrospective.

We dream of gentle Morpheus. (Click to enlarge photo.)

“I’ve always been living my life as an artist, I haven’t been summing myself up. I don’t live in the past, I live for the work I’m about to make.” Fortunately, she had the support of the “brilliant” Aaron Lister, curator of City Gallery Wellington, who worked closely with Fiona to go through all of her works. Also her manager Chantelle Smith, who is based at Starkwhite Gallery. The book itself was designed by Fiona’s brother, Neil Pardington, whom she describes as her “secret weapon; an amazing photographer in his own right, and an awesome designer.”

Fiona remembers taking photos using an old Kodak camera as a child, but it wasn’t until she got into the dark room at Elam School of Fine Arts that she really fell in love with it. “I loved the quietness, the sound of the water, the light. It’s like being inside this cave of imagination that takes you away from the world.”

Photography has also been a way for Fiona to explore her Ngāi Tahu identity, something that is very precious to her. Her parents separated when she was very young, and it wasn’t until she was about 10-years-old that she learned of her heritage. As Fiona grew into adulthood she tried to find out more about her background, but it wasn’t until she won the Frances Hodgkins Fellowship at the University of Otago in 1996 that she was able to spend some time in the South Island and uncover those lost connections.

“I was so excited and proud and overwhelmed, and I just cried. I was sitting in the whakapapa unit and I just cried my eyes out. It was so complicated and sad, and for me it’s a very fragile and beautiful thing.”

For Fiona, finding out about her whakapapa was like a homecoming. She made connections with whānau she never knew she had, like Hana O’Regan and Jenny Rendall. In fact, Hana wrote an amazing essay on Fiona’s work that is published in A Beautiful Hesitation. 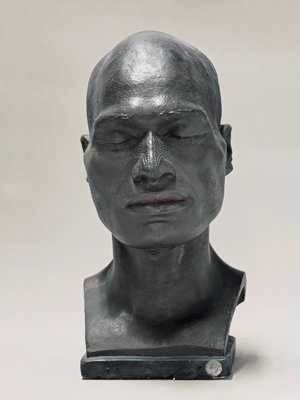 Portrait of a Life Cast of Takatahara.

Despite being unaware of her Ngāi Tahu connections as a child, Fiona has always had a very instinctive understanding of concepts such as mauri and wairua. She describes visiting the museum with her grandmother. “My brother and I had very powerful experiences just looking at taonga when we were small, but we didn’t really know where to place it or how to respond to it, because we didn’t know anything about our past or how we fitted in.” Her lifelong affinity with pounamu meant that it was particularly moving to discover that one of her tūpuna was a fighting chief at Arahura. “All the stars aligned. It gave my life a deeper and much more profound meaning.”

One of Fiona’s best-known works is the 2002 collection Quai Branly Suite of Nine Hei Tiki, a series of black and white photographs of tiki from the Okains Bay Māori and Colonial Museum on Banks Peninsula. Photographing hei tiki was a way for Fiona to explore her Ngāi Tahu identity and to communicate her intense relationship with taonga. “When I look at them through the camera I see a huge blossoming and enlivening. And that’s why I’m a photographer, to live for those moments. It’s about human connection for me, and connection to the world of our ancestors. I think photography’s a great vehicle for that.”

Fiona elaborates on this, asserting that photography is more than just a passion for her. It’s her vocation, something that she feels compelled to do. “I think artists have an archaic function in society, just like shamans or tohunga. We’re there at certain times for certain reasons to assist our fellows through their life experiences and challenges.” Fiona doesn’t take this role lightly. Indeed, she says that her greatest honour is not her recent knighthood, but the knowledge that her works have helped others through difficult times.

Although based in the North Island, Fiona loves visiting Te Waipounamu to reconnect with the whenua. “I spend all my time standing in the water, in the seaweed. I like to stand in rivers, lay down on the grass. I love being in the bush and around the korimako.”

It is Fiona’s dream to purchase her family homestead in Bluff, which was sold after her great-uncle’s death, and re-purpose it as a studio for Māori artists. She is still on a journey of self-discovery with regards to her Ngāi Tahu identity, and says that her next challenge is to “pick up sticks and live in the rohe, start really finding out about the people and speaking the language.”

In the meantime, however, she is stuck in “unicorn jail.” This is a self-imposed imprisonment as she works on her next show, which will explore the mythology and popularisation of the unicorn. “It’s a bit of a release for me. It’s fun and it’s kitsch, but it’s also dealing with some substantial deep mythology.” 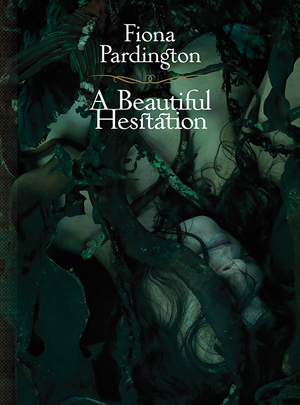 Giveaway
We have a copy of A Beautiful Hesitation to give away. If you would like a copy of this stunning book please send us your name and address on the back of an envelope to: Te Karaka, PO Box 13 046, Christchurch 8141; or email: [email protected] – and you will go in the draw to win.