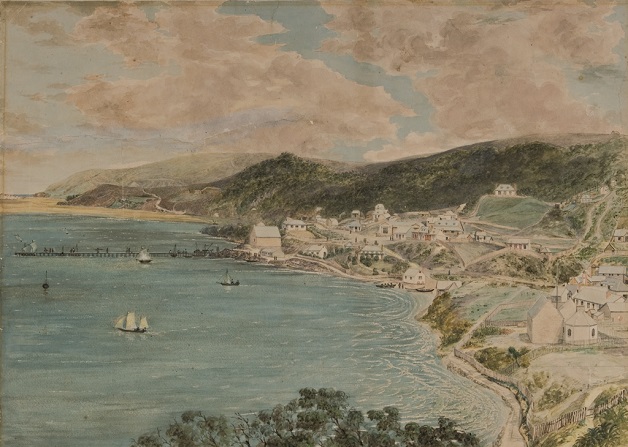 The Toitū Tauraka Waka became the first place in Te Waipounamu to be recognised for its ancestral significance as a Wāhi Tūpuna under the Heritage New Zealand Pouhere Taonga Act 2014 on 22 January 2016.

The entry recognises the importance of this site and its place in New Zealand’s national identity. The occasion is to be marked by the unveiling of a commemorative plaque on 22 March at John Wickliffe Plaza, Princes Street, Dunedin.

The Toitū Tauraka Waka was one of several Kāti Mamoe-Kāi Tahu landing places in the Otago harbour at the time of colonial settlement in the Otago region. Situated beside the Toitū Creek as it emptied into the harbour, the tauraka waka site provided a softly sloped beach for landing waka, a good point of entry to the surrounding bush and mahika kai, as well as access to fresh water.

During the earliest years of colonial settlement of Dunedin, the tauraka waka area became a vibrant trade and market place for a brief period of time. The colonial enterprise to establish the city eventually resulted in the channelisation of the Toitū while the tauraka waka was rapidly submerged under the building and foreshore reclamation for the city of Dunedin.

The Toitū Tauraka Waka Wāhi Tūpuna site commemorates the traditional lifestyle of the Kāi Te Pahi, Kāti Moki, and Kāti Taoka hapū; their early interactions with European colonists, and the short-lived trading activity that took place at the landing site once colonists first arrived in Otago.

Heritage New Zealand Pouhere Taonga, Te Rūnanga o Ōtākou and the Dunedin City Council are delighted to celebrate the occasion of the first Wāhi Tūpuna for Te Waipounamu (second nationally to Waitangi) and hope the Dunedin community and visitors will enjoy learning more about this special place.