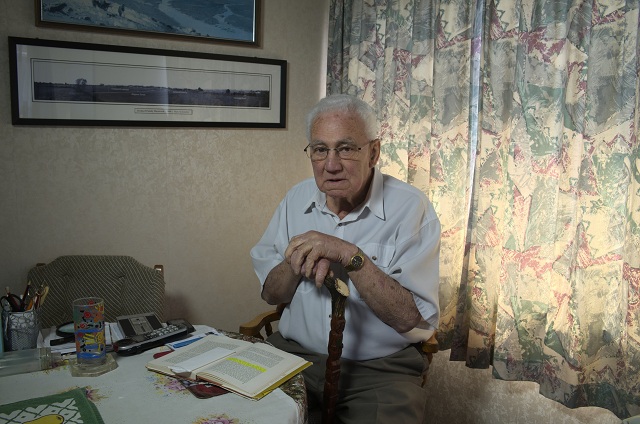 A weka, so the description goes, is a large brown flightless bird with a feisty and curious personality. Hence the nickname for Trevor Howse – ‘Te Weka Nunui o Te Iwi’ or ‘The Great Weka of the People’.

Trevor (Ngāti Kuri) played a significant part in organising the Claim, collating much of the information presented to the Waitangi Tribunal, and managing the land bank process between Ngāi Tahu and the Crown.

Above all, he was a legend at uncovering files. Trevor Howse was one of the key researchers during the Claim and was known as the man who could unearth pretty much any file needed. The chairman of the negotiating group in those years, Tā Tipene O’Regan, recalls that it was not uncommon for Trevor’s opposite numbers, deep in the bowels of government, to call him with queries about the Crown’s own papers which they often correctly surmised ‘had been relocated south’ by Trevor.

During 40-odd Waitangi Tribunal hearings over three years, a lot of files were uncovered and presented in evidence. In many ways, gathering and presenting the necessary evidence at the hearings was a new process for most of those involved. What does Trevor remember most? “The huge pressure to get all the evidence together so our QC Paul Temm could function,” he says. “The Wai 27 claim was new to everyone. I was Mr Fixit. It didn’t matter what it was, I would get a phone call and go and fix it.

“By the end I was looking after the Tribunal and staff as well. If anything happened, it would be, ‘Where are the two Trevors?’ We were a formidable pair.” The “two Trevors” is a reference to Trevor Howse and the late Trevor Marsh of Taumutu, who also worked tirelessly on the Claim.

Trevor Howse’s role brought relentless pressure to come up with evidence on land ownership. At the time of the Tribunal hearings in the late 1980s, New Zealand’s bureaucracy was going through enormous upheaval as the government of the day reshaped its departments. What was the Department of Lands and Survey, for example, was split up and channeled into offshoots like the Department of Conservation. Trevor’s job was to track down files from the Department of Lands and Survey which not only owned a lot of land, but administered land for the Crown. “It was like a government within a government,” he says now. “I had to learn how to unravel it. How does the beast work? I wanted information, and my job was to get it. It took me nearly three weeks just to get the files we needed for the West Coast which recorded the history of land allocated under deeds of sales, and what had been taken for roads and railways and what had happened to those pieces of land.

“Mind you, I had a good mentor in Sid Ashton, who was the longest-serving secretary the Ngāi Tahu Trust Board had. If there is ever someone Ngāi Tahu needs to build a monument to, it is Sidney Boyd Ashton. Without him we would have been broke so often it isn’t funny.”

Trevor was born in Kaikōura but brought up mostly at Tuahiwi. One of five children, he was a youngster when his dad died, and his mother was often bedridden with tuberculosis, leaving Trevor to look after his younger siblings. They didn’t have much money, but he remembers roaming Tuahiwi with a gang of friends, sometimes getting into mischief.

“I learnt how to bake and cook. We had no fridge, we had no vacuum cleaner, we had sacks on the windows. When people today say they’re poor, they wouldn’t bloody know what poor is.”

He was schooled first at Tuahiwi School and then at Rangiora High School for two years. “Rangiora had two streams — academic and agricultural. I was in the agricultural stream, where we learnt to plough with horses and blade shear. I remember the shearing handpiece used to get so hot I couldn’t hold on to it.” After two years, he’d had enough and swapped school for a roving lifestyle which included a stint learning butchery at the Kaiapoi freezing works. He eventually ended up in Gisborne, where he drove trucks to make a living. “I used to do the freight run from Gisborne to Te Karaka out on the plains, and Waihirere.”

He then went shearing and gradually worked his way back to  Te Waipounamu. “It seemed like a good idea at the time,” he says with a shrug. “I did a season shearing in the Wairarapa, bought a new car, packed it full of my possessions and drove home.”

He married Jean in 1963 and they recently celebrated their 50th wedding anniversary. He was working as a transport manager for LD Nathan and Sons when Rakiihia Tau Snr approached him and asked if he would help with the Claim. Trevor Howse and Terry Ryan became its first employees.

One lesson he quickly learned was to always look at the big picture, he says. The pace was often frantic. For a long time they had no photocopier and when they eventually got one, they ran it into the ground preparing evidence. “We sold the broken down one, got a new one, and burnt that out. Eventually we started to send stuff out to printers. We were often up until 3 am or 4 am putting evidence together.

“The timetable was there and you did what you could. We worked with what we called the ‘ragged arse XV’ taking on the might of the Crown.”

He honed his skills as a researcher, spending long hours among the files in the New Zealand room at the public library, and in the national archives at the Alexander Turnbull Library. At the same time, it wasn’t out of place to be at a hearing and suddenly find a brown paper parcel of files thrust at him.

Trevor joined the Associated Researchers of New Zealand (ARANZ) and says it was invaluable to have access to outside knowledge. “I could talk to colleagues and had access outside to books and files.

“I went along to the New Zealand Room at the public library after a big bust-up with the Canterbury Museum. I was focused on original sources for material, and one of the first things I learned was to go to the index.”

It was quite a change for a man who had spent much of his early life driving trucks and shearing, and who had only lasted two years at Rangiora High School. But Trevor Howse proved to be remarkably good at research.

Although, he says, “You had to be a special sort of moron to sit there for hours going through page after page”.

In 1986, the tribe filed its claim with the Waitangi Tribunal, followed by three years of hearings, and the release of the Tribunal’s report in 1991.

Settlement negotiations began in 1991, led by Tā Tipene O’Regan. Negotiations broke down in 1994 when the Crown suspended them. It took intervention from the then Prime Minister Jim Bolger to get them back on track, and on October 5, 1996, the non-binding Heads of Agreement was signed, followed by the signing of the Deed of Settlement at Kaikōura on November 21 1997, and the passage of the Ngāi Tahu Settlement Act on September 29, 1998.

“I don’t want to say a lot about the negotiations,” Trevor says now. “The Crown of course was at that time dealing with us and Tainui. They rushed in to settle with Tainui to set a ceiling that Ngāi Tahu couldn’t go past in our settlement That is how we got locked into $170 million.

“The real problem is that justice wasn’t available. If we had got justice, we would have bankrupted the country. That’s my view of it. The negotiators had a mandate from the tribe to settle. It was for each of the negotiators to decide whether they supported settlement or not. I won’t answer for the others but I didn’t intend to commit the tribe to another 100 years of litigation. I don’t regret that.”

Trevor has since been involved in many projects for the tribe, including the Cultural Mapping Project, which records sites of historic and cultural significance to Ngāi Tahu. It is about matching the names Ngāi Tahu tūpuna gave to the land, he says; the real story of Te Waipounamu. You can see the work of the Cultural Mapping Project in the regular TE KARAKA feature, Kā Ara Tūpuna. Trevor’s expertise in mahinga kai is also frequently called upon by the tribe. This year he was awarded the Queen’s Service Medal for his services to Māori and to conservation. Yes, he was pretty chuffed to get that recognition, but those days when the Claim was finally being heard by the Waitangi Tribunal are hard to beat.

“When I look back, it was a huge thing we got involved with. It just picked you up and took you by the seat of your pants. There were no rules. All this stuff had never happened before.”