Established in 2015, Whenua Kura is a Ngāi Tahu initiative established with the purpose of growing the capability and capacity of the next generation of Māori leaders in land-based industries. It’s a partnership between iwi and industry creating employment, enterprise and education opportunities. In 2017, Whenua Kura convened Unleash the Māui, the first Māori land-based summit to be held in Aotearoa focused on leadership, innovation and future pathways. Following a period of transition, the inaugural Unleash the Māui Agricultural Leadership Programme was launched last year. Kaituhi Phil Tumataroa reports.

The whenua kura, unleash the māui programme is breaking new ground for young Māori eyeing a career in the primary sector.

The big players in New Zealand’s primary sector include sheep, beef and dairy farming, forestry, fishing and mining − for the 12 months leading to July 2019 the sector generated close to $50b in export dollars.

However, according to Bob Cottrell (Ngāti Kahungunu, Ngāti Raukawa) from the Red Meat Profit Partnership (RMPP), a key partner behind the Unleash the Māui programme, there still needs to be more Māori in the sector.

“This is where capability and capacity is important; and knowledge in the sector is important, because Māori need representation in those positions where we can help direct change. We can’t rely on others to do it for us and unless we have the experience, knowledge and respect to be in those positions of responsibility, our aspirations won’t be met.

“There’s an element of people starting to look at our Māori way of thinking around sustainability and protecting our land-based assets and resources for future generations. These people see this as being the gold plated thinking for farming sectors nationwide – unfortunately they’re positive voices but not necessarily the majority,” he says.

This is where Unleash the Māui comes in, according to Whenua Kura trustee Carmelle Riley.

“There’s hardly any leadership and succession programmes for young Māori in the sector, so our partnership with Red Meat Profit Partnership and our long-term relationship with Te Rūnanga o Ngāi Tahu are vitally important to enable us to focus on developing quality pathways and how we create high value employment in the land-based sector,” she said.

In 2019, Unleash the Māui brought together a diverse cohort of 12 young Māori men and women at varying stages of their careers and studies, but all with a shared passion for te ao Māori and a desire to make a difference in their chosen fields. 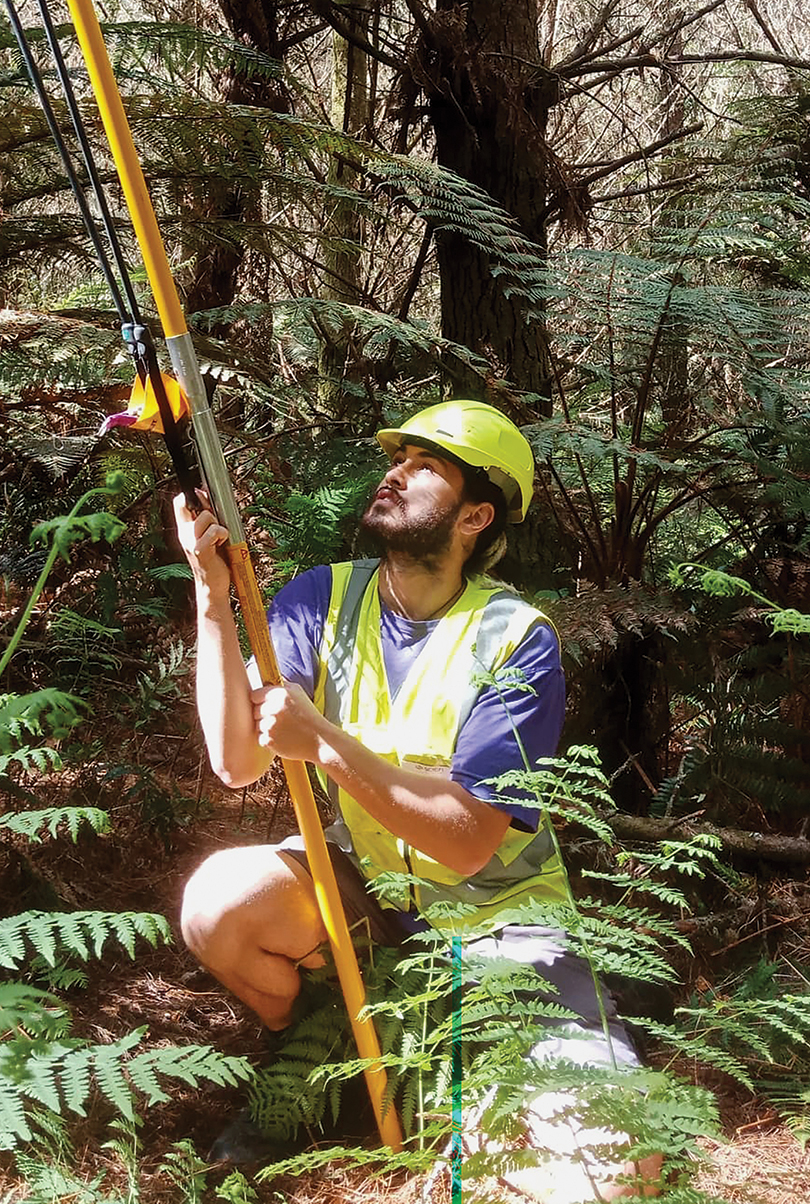 Taiawhio Waipoua-Bryers (Te Tai Tokerau, Te Tai Hauāuru, Rereahu, Te Waipounamu), a third-year student at Waikato University doing a Bachelor of Science (Technology), is a young man who wants to find his place as “a bridging influence between indigenous knowledge and science in the primary sector”.

He is in no doubt that Māori voices need to be heard in agricultural industries if they are going to have an impact and sees himself in the future as having a role as a mediator between industry and tangata whenua, specialising in the areas of biology and ecology. “To me it makes a lot of sense, because working in these fields is the closest thing within science to traditional indigenous knowledge and how we as Māori describe our view of the world.”

Taiawhio has just completed a 10-week internship at Scion, a Crown Research institute, studying forestry blocks throughout the Southern Bay of Plenty and Waikato. He has been watching beetles to gauge the effects that rotation of plantation forestry has on biodiversity.

“I’m trying to grasp as many opportunities as I can and get as much experience as I can and accept opportunities that interest me and contribute to my own knowledge. I’m finding my feet within the science space concurrently with the indigenous space. We need to support each other and build resilience by finding ways to innovate environmental sustainability out of our traditional knowledge. It’s just the beginning stages for me and Unleash the Māui has been an important part of my journey,” he said.

Kym Hamilton (Ngāti Kahungunu, Ngā Rauru, Ngāti Raukawa) is the programme’s lead facilitator and sees the impact of bringing like-minded rangatahi together over the four three-day wānanga that make up the year-long programme.

“It’s often really isolating being in rural areas, so some of it’s about networking and connecting them. A big part of it is exposing them to mātauranga Māori, to industry innovation, other successful Māori in the industry who can talk about their pathways and giving participants an understanding of the other jobs that are available in the sector. It’s also about having some plans, understanding yourself, your values and how those can be strengthened and used to drive you forward,” she said. 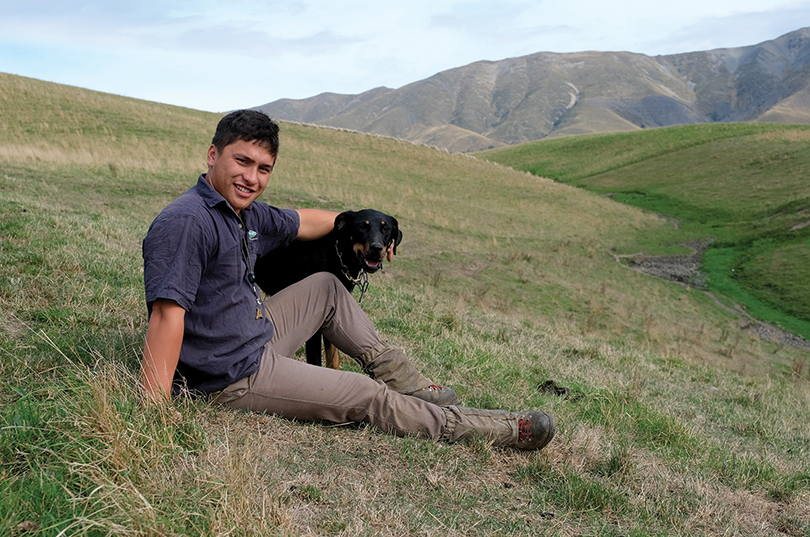 Above: Taane Hubbard on the block of land he manages in the Hakataramea Valley.

Taane Hubbard (Ngāti Kahungunu, Ngāti Pāhauwera, Rāngitane, Ngāi Tahu, Muaūpoko) is 24 years old and has worked in farming for the past seven years. He has worked as a shepherd, done casual work and spent time in Masterton at Taratahi Agricultural Training Centre where he completed a Diploma in Agriculture in 2017. Today he is a block manager on a 6000-hectare sheep and beef farm in the Hakataramea Valley, near Kurow.

His partner, Hemoata Kopa (Ngāpuhi), attended the same programme and is also employed as a block manager on the same farm.

“I really enjoyed the programme. It wasn’t totally focused on farming, it brought in a lot of life concepts and encouraged us to get our whole life on track rather than just focusing on a career,” said Taane.

He says it opened his eyes coming into contact with different people like Taiawhio, who was passionate about the environment.

“It was good to have variety – everybody brought something different to the table and everybody had different goals. The whole āhua within the wānanga was really cool and the whanaungatanga meant that we have developed long-term relationships that will stay with us where ever our careers take us.”

Kym sees the programme and its alumni growing and connecting with other young Māori leaders across the sector and Aotearoa giving voice to indigenous perspectives and practice. “The programme is about affirming Māori knowledge and I see there’s a real self-confidence that people take out of it. It’s also about affirming them as who they are in their work as Māori and I don’t know how much that currently happens in the industry.”