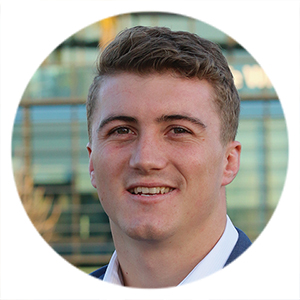 Recently, I was invited to join Arihia Bennett, at a presentation on Cultural Intelligence (CQ) by Julia Middleton, CEO of UK-based leadership development organisation, Common Purpose. I was then asked to write this article from a rangatahi perspective and provide insight into Julia’s take on CQ and its importance for leaders and business success.

CQ is emerging as an important driver for unlocking business success in a globalised, multi-cultural world. Julia Middleton explains her perception of CQ as being the understanding of a how a person’s background or culture influences the way they think, behave, and express themselves. I found this very insightful and believe it is extremely relevant for any organisation or leader looking for growth. The ability to understand and collaborate with a diverse range of people can only be a competitive advantage.

One of the more challenging aspects of CQ in a New Zealand context is gaining greater acceptance of our cultural diversity. Julia defines CQ as the ability to reach outside a shared vocabulary and interact with people of different cultures – the ability to operate and thrive across borders, to engage with people not like themselves, to manage diverse staff members, and understand diverse customers – will ensure business success in a globalised world.

There is a natural tendency to emphasise Intelligence Quotient (IQ) and Emotional Quotient (EQ) as being the key indicators of successful leaders and collectively, successful organisations. These are traditionally used in staff recruitment and employment processes. IQ is a good indicator of how a person processes data and EQ provides some scope for assessing a person’s ability to deal with people. Julia, however, believes that used alone they are insufficient indicators of success in a globalised setting.

Cultural Intelligence allows for a discussion to occur between different cultures, which in turn provides clarity for leaders around what impact their decisions could potentially have on different groups in society.

IQ does not take into account the complexities associated with other influences, and EQ is limited to dealings with people similar to ourselves. Cultures have different values, behaviours, and beliefs, not always naturally compatible with other cultures. CQ allows for discussion between cultures, which in turn provides clarity for leaders around what impact their decisions could potentially have on different groups in society and ultimately gives a better sense of their effect on business growth.

Connecting with my iwi has given me a deeper realisation of the importance of not only understanding my own culture but also that of others. Although New Zealand is officially recognised as a bi-cultural country, we are vividly multi-cultural as is evidenced by the at least 160 languages spoken, and this multilingual depth is forecast to increase (Statistics New Zealand, 2013). Yet, for many, there is a lack of knowledge, understanding, and desire to learn about each other’s culture and language. The journey may begin by each of us gaining a deeper understanding of the indigenous culture. This will support our growth as a nation to value, understand, and acknowledge both our own culture and the culture of others.

Working for Te Rūnanga o Ngāi Tahu and completing Aoraki Bound has deepened my understanding of the struggles with cultural and language revitalisation for Māori. I am amazed at the extent to which this has impacted my attitude towards different cultures. It’s not about adopting another culture or pretending to be something you’re not, but rather about proactively seeking opportunities to learn the perspectives and views from others.

Julia believes culture is a broad term and shouldn’t just be defined as ethnicity and colour. Culture is usually reflected by one’s core values, beliefs, and tastes. A person’s core defines the aspects of a person’s being and shapes their identity. A person’s flex consists of the aspects that can be modified or discarded without compromising their core or identity. CQ is an attitude consisting of a good core level and a good sized flex to be open to listening to new perspectives, but keeping true to what is important to your own core values, identity and culture.

For me, the impact of learning more about my culture has been both challenging and surprising. I have had to examine my core and identify the changes to be made. Constant review is key to CQ, as an absence of review is how biases are created.

Julia refers to biases as “knots in the core” needing to be teased out. Knots cause a person to act and make decisions based on pre-judgement rather than judgement. Keeping the core and flex under review helps to manage biases. Scrutinising one’s core allows one to identify when they are making decisions for the wrong reasons.

Having recently graduated from the University of Canterbury with a B.Com I have a strong interest in business development. One aspect I now see as vital for any successful business or leader is utilising CQ to cross barriers and create a sense of inclusiveness – to drive organisational vision, business plans and growth to ensure successful outcomes for our communities and wider society at national and international levels.

Angus Hawke is Ngāi Tahu (Ōraka-Aparima). After completing a B.Com majoring in Human Resources and Economics, he took up a role with the Office of Te Rūnanga o Ngāi Tahu, People and Performance team.