KiwiSaver launched to much fanfare in 2007 with the promise of setting New Zealanders up for retirement or helping them get on the property ladder. But before KiwiSaver there was Whai Rawa, the investment scheme launched by Te Rūnanga o Ngāi Tahu the previous year. As the iwi investment scheme celebrates its 15th birthday, we look back at the journey that has seen the scheme grow to 30,000 members, with over $112 million invested. Kaituhi James Harding reports. 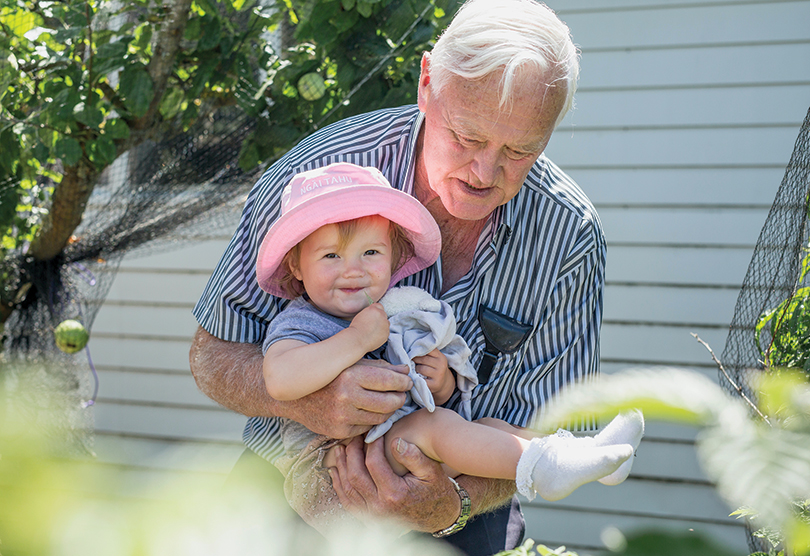 The genesis of whai rawa came from then retirement Commissioner Dame Diana Crossan, who originally approached the government about a plan called ‘FUNZ’ to assist rakatahi to get through tertiary education without being saddled with crippling debt.

While there was no buy-in for the initial plan, Dame Diana was eventually directed to Te Rūnanga o Ngāi Tahu CEO Tahu Pōtiki, who immediately jumped at the idea. It was quickly embraced by Te Rūnanga o Ngāi Tahu representatives and senior leaders who saw the opportunity to provide whānau with, in kaumātua Jane Davis’ words, “a hand up, not a handout.”

Sadly, Tahu and Aunty Jane died in 2019, but in talking to key people within the iwi, Tahu’s name remains intrinsically linked to the kaupapa.

“When I think about Whai Rawa, I think about Tahu Pōtiki. It’s one of his legacy pieces for our people,” says Te Rūnanga o Ngāi Tahu Kaiwhakahaere Lisa Tumahai.

“I had a hand in bringing this idea to Tahu, but he did the hard work on it. I give him the credit for that,” says Tā Tipene O’Regan with a slight smile. He was a key founding supporter.

“I was part of the group that had the initial discussions on the design of Whai Rawa. We knew the Government at the time was probably going to do this thing called KiwiSaver, but we didn’t know what that would look like and what the rules would be. We identified that tertiary education, owning a home, and having retirement savings from a younger age were the outcomes we wanted to achieve for our whānau.” 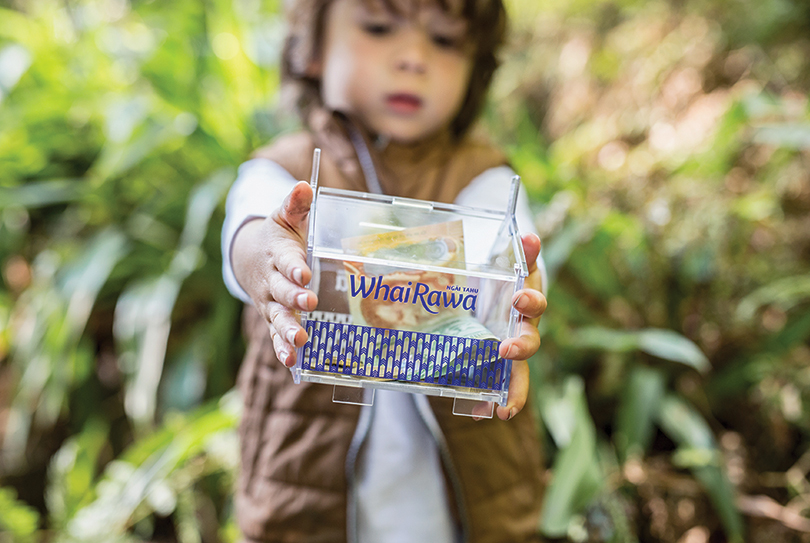 While 30,000 members is a considerable milestone, it is worth noting that with Ngāi Tahu iwi membership ticking over the 70,000 mark in late 2020, over half of Ngāi Tahu whānau are still not Whai Rawa members.

Lisa is unreservedly proud of the scheme’s success, but pragmatic about growth.

“It is a flagship initiative, I think people would rather we put more money into it, but you have to weigh up how our 70,000 whānau members have engaged in Whai Rawa. It has not hit the numbers I’d have hoped or that many people had predicted. That said, 30,000 is a significant number that we can be very proud about.”

Much research has gone into why so many whānau members are yet to join. Whai Rawa Executive Director David Tikao believes it comes down to several factors.

“It’s not one particular reason. Our whānau don’t wake up in the morning and say ‘I’m going to start investing some money today’. Like everyone else on the planet, they have busy lives and commitments and sometimes it’s just not a high priority until later on in life.” 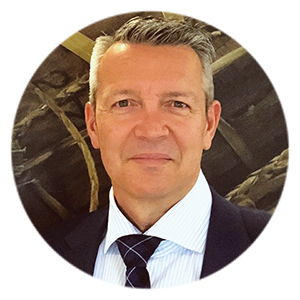 “We’ve got amazing support from [Te Rūnanga], who know that everything Whai Rawa does is for a reason. After 15 years we’ve had almost $20 million come out of the fund for withdrawals to help support whānau for those key financial goals in their lives. That shows the success in action.”
David Tikao Whai Rawa Executive Director

“We know the forms can be challenging, particularly when whānau get to the tax questions. Unfortunately, we don’t have any way around that. It’s just one of those things as a financial provider that we require.”

Like many other financial institutions, Whai Rawa was not immune to the impacts of the 2008 global financial crisis. “Lots of people lost money, including our own whānau.”

The scheme had been running for about two years when the GFC hit, which saw the number of new members signing up drop drastically. On top of this, Te Rūnanga o Ngāi Tahu had to respond to the crisis by tightening its belt, meaning distributions were cut back.

“I think at one stage the annual distribution was $20, and that’s not going to make a difference to someone’s life,” says David.

In spite of this, the scheme weathered the storm, and since 2006 Te Rūnanga o Ngāi Tahu has contributed $47 million in contributions, including some taxes, matched savings, newborn and annual distributions.

“We’ve got amazing support from the organisation, who know that everything Whai Rawa does is for a reason. After 15 years we’ve had almost $20 million come out of the fund for withdrawals to help support whānau for those key financial goals in their lives. That shows the success in action.” 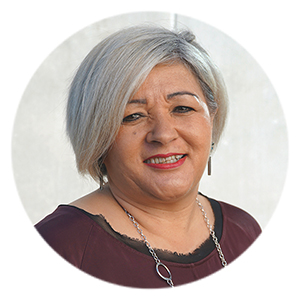 “We identified that tertiary education, owning a home, and having retirement savings from a younger age were the outcomes we wanted to achieve for our whānau … my greatest joy is when we get more tamariki joining up.”
Fiona Pimm Whai Rawa Board Chair

Since the beginning, financial capability has been a huge focus for Whai Rawa, but getting the message through about the power of saving remains challenging.

“All the research shows that improving financial capability is most effective when you are focusing on a particular life event. If people are buying a house and someone takes them to a financial capability programme, then that’s going to be of immediate benefit. If you went along and then didn’t look to buy a house for five years a lot of the knowledge is gone. So, it really needs to be targeted,” Fiona says.

Whai Rawa is continuing to evolve and respond to the different needs and circumstances of Ngāi Tahu whānau, as well as ensuring there is greater alignment to Ngāi Tahu values. There are now options for whānau to choose which fund they want to invest in – the Rātā-Growth and Mataī-Balanced Funds have been added to the Tōtara-Conservative option. All three are socially responsible.

Also central to Whai Rawa is its clear alignment to iwi values and to the Ngāi Tahu whakataukī – mō tātou, ā, mō kā uri ā muri ake nei, for us and our children after us. In speaking to those closely involved with the kaupapa, it is clear the ability to set up their tamariki and mokopuna for their own future is what matters most.

“The average balance of our tamariki is the highest of any members in the scheme,” David says. “We know that parents want their children to have a better start than they did. That’s what an intergenerational focus is all about.” 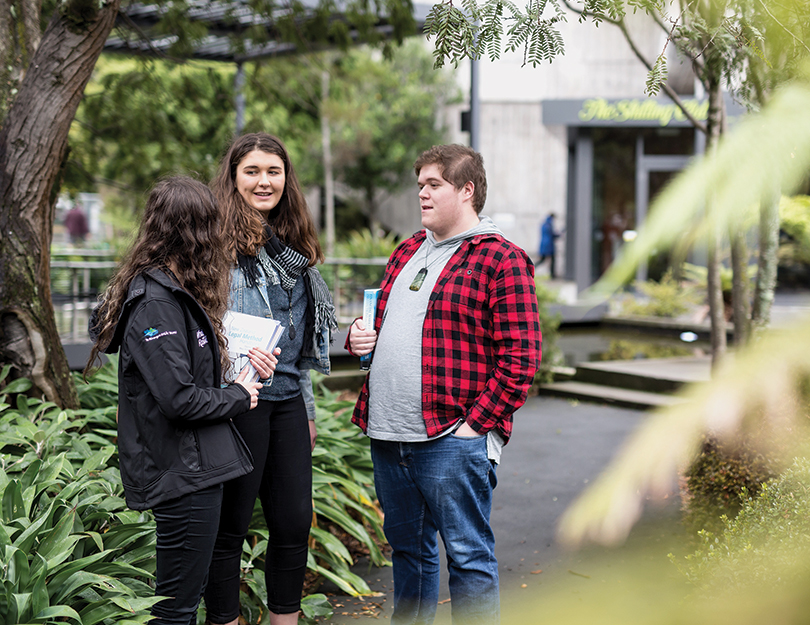 David says initiatives like Ngā Kaitiaki Moni provide further financial capability support for our tamariki to better understand the scheme. “It’s a way for our younger members to engage with Whai Rawa, but also with the concept of saving and investing from an early age. There are regular pānui plus games and activities for tamariki to complete alongside whānau. Plus the engagement with the club and exposure to both Whai Rawa and the monetary system just help to forge a relationship with the kaupapa.”

“My greatest joy is when we get more tamariki joining up,” Fiona says.

Fiona’s daughter Portia (23) was recently able to buy her first home, in large part thanks to her Whai Rawa account.

“I am so grateful that my mother started putting money into my Whai Rawa account years ago, and then she encouraged me to contribute once I was working part-time while studying. That money has grown over time and contributed massively to my first home deposit,” Portia says.

“It’s really difficult to get onto the property ladder, so any additional savings help. I am so fortunate to be 23 years old and paying off my own mortgage rather than renting like most of my peers.” 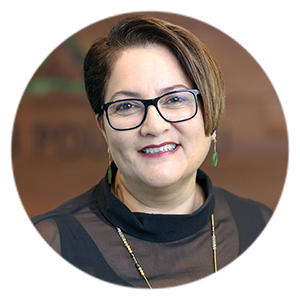 “You can put your mokopuna in there for nothing, and by doing so you’re setting them up early … They’ll have an account from birth, so by the time they get to a tertiary level, if that’s something they choose to pursue, they’re going to have a really good support mechanism there.”
Lisa Tumahai Ngāi Tahu Kaiwhakahaere

And there are other benefits too: “Mum’s happy I’ve finally moved out of home!” Portia laughs.

Lisa echoes Fiona’s sentiments and says she is looking forward to joining other whānau members in contributing funds for her grandchildren.

“You can put your mokopuna in there for nothing, and by doing so you’re setting them up early. I’m really excited to get my moko – who are not yet born – registered with Whai Rawa! I know so many grandparents who put money into their grandkids’ Whai Rawa accounts and I’m going to be one of them soon.

“They’ll have an account from birth, so by the time they get to a tertiary level, if that’s something they choose to pursue, they’re going to have a really good support mechanism there.”

Tā Tipene says, “It has worked tremendously well for the most part. All my grandchildren are now members, and my own children, and that’s something that pleases me greatly.”