He Whakaaro
Who owns riverbeds? 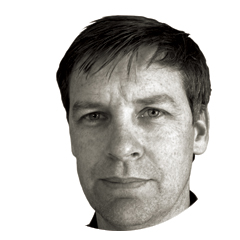 Who does own riverbeds? The answer to that question can affect access to riverbeds for fishing and recreation, but it can also affect the ownership of large structures in riverbeds, such as hydro dams. If the riverbed on which a dam sits is owned by someone else, does the dam owner owe rent?

In 1962 the Court of Appeal looked at the issue of riverbed ownership in relation to the Whanganui River (Re the Bed of the Wanganui River [1962] NZLR 600). This was at the end of a long-running court battle by Whanganui Māori to regain control over the river. The issue had been to the Māori Land Court, was appealed several times, and was the subject of a report by a Royal Commission. In 1962 the Court of Appeal had before it an expert determination from the Māori Appellate Court that, according to custom, Whanganui Māori made no distinction between the riverbanks and riverbed of the Whanganui River. In other words, if Whanganui Māori sold land on the banks, that would affect the riverbed.

In English common law, when riverbank land is sold, it is presumed that the adjoining strip of riverbed to the middle line is also sold because it is of no further use. That presumption does not apply if it is obvious that the seller did not have that intention. This presumption is known by the Latin tag: ad medium filum aquae. The Court of Appeal did not examine in any detail precisely what Whanganui River Māori had in mind when they sold most of the land along the riverbank in the 19th century. It simply assumed that the presumption applied. On that basis, every time Whanganui Māori sold riverbank land in the 19th century, the adjoining riverbed to the mid-point was also sold.

Since 1962, the assumption has been that the Court of Appeal decision applied to all riverbeds in New Zealand. So if land along riverbanks went out of Māori ownership, which it often did in the 19th century, the presumption meant that the ownership of the riverbed to the middle line also went with it. After 1962, mainly because of the Court of Appeal decision, no Māori group considered it worthwhile bringing a case claiming customary ownership in a riverbed.

That all changed on 24 August this year when the Supreme Court looked at the issue in relation to part of the bed of the Waikato River (Paki v Attorney-General [2014] NZSC 118). In an attempt to avoid the problems raised by the 1962 decision, the Pouakani people living on a stretch of that river brought a case against the Crown, arguing that when Māori sold riverbank land in the 19th century they had obviously been unaware that the obscure legal presumption of ad medium filum aquae applied. Consequently, the Crown owed the tribes a special duty in the way it managed the riverbed.

This potentially means that the bed of the Waikato River, and other riverbeds, remain in Māori ownership, despite everyone assuming that they had left Māori ownership many years ago.

The Supreme Court rejected the argument of the Pouakani people, but in an extraordinary way. A majority of the court (3 out of 4) decided that the 1962 decision applied only to the Whanganui River. In other words, it could not be assumed that on other rivers, such as the Waikato River, the custom was the same as on the Whanganui River. For example, in some places on the Waikato River, there were islands containing urupā or burial grounds. Māori owners might well have seen those as a customary property separate from the riverbanks.

This potentially means that the bed of the Waikato River, and other riverbeds, remain in Māori ownership, despite everyone assuming that they had left Māori ownership many years ago.

There is a further complication. In 1903 the Crown passed legislation declaring that all riverbeds, where they are “navigable” by boats, were owned by the Crown. What parts of a river are “navigable” and what parts are not is a question that has to be answered by looking at the conditions on each river. That legislation, which remains in force today, may mean that the effect of the Supreme Court decision is quite limited. But it may also mean that the Crown owes large sums in compensation for effectively confiscating Māori-owned riverbeds without compensation.

This debate is similar to the debate over ownership of the foreshore and seabed. The judgment has caused barely a ripple in the news. That is probably because it is complicated, and because its practical implications will take some time to tease out. We have not yet seen any official government response to the decision, but a survey of riverbeds that might be affected by the decision would be a good start.

NB: In 1860 Ngāi Tahu entered into the Arahura deed, which specifically excluded a large part of the bed of that river because of Ngāi Tahu’s insistence that they not lose access to pounamu in the riverbed. Interestingly, the device for excluding the riverbed was to reserve from the deed 2000 acres of the north and south river banks.