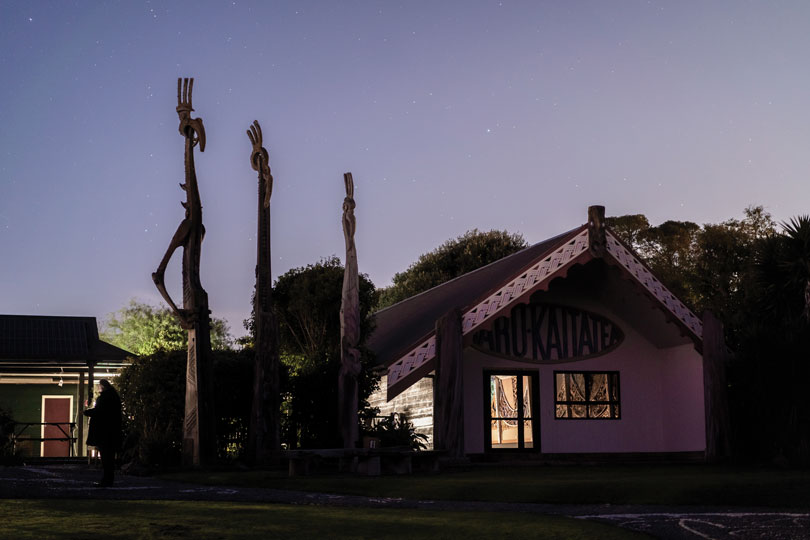 In October, the hapū of Ngāti Kurī welcomed the local community to Takahanga Marae for a very special event – the opening of a long-awaited Whare Taonga. This state-of-the-art facility is a symbol of the strong relationship that has developed between Te Rūnanga o Kaikōura and Crown agencies in the wake of the devastating earthquake in 2016. More importantly, it provides a home for the many taonga and artefacts discovered during the recovery and rebuild, safe in the guardianship of manawhenua. Nā Anna Brankin.

For Te Rūnanga o Kaikōura chair, Hariata Kahu, the development of a whare taonga at the marae is a homecoming of sorts, acknowledging the rightful role of the rūnanga in protecting the artefacts it houses.

“We are kaitiaki of these taonga – they are our past, our present and our future,” she says. “It is actually very humbling, and a huge honour for us to be able to house them and care for them, and to share our history and our past with the community.”

The Whare Taonga is home to more than 400 taonga tūturu, discovered in the aftermath of the Kaikōura earthquake of November 2016. When the earthquake struck, it lifted the seabed out of the ocean, permanently reshaping the coastline and tearing up large sections of State Highway 1. It came as no surprise to local whānau that this upheaval also uncovered several significant archaeological items.

“The northern part of Kaikōura has an archaeology that goes back roughly 800 years – bearing in mind that the oldest sites in the country are about 900 years old,” says Darran Kerei-Keepa, cultural monitor for Te Rūnanga o Kaikōura, and the project manager for the Whare Taonga development. “The area has been essentially constantly occupied since the first Māori arrival, which means it has had a huge population over a long period of time. If you dig anywhere in Kaikōura, you’re likely to come across something.”

This made the response to the earthquake very complicated – there were urgent repairs and rebuilds required to local infrastructure, particularly the crucial highway and parallel railway tracks, and manawhenua had to find a way to work with Crown agencies to ensure that tikanga was observed without holding up the community’s recovery. 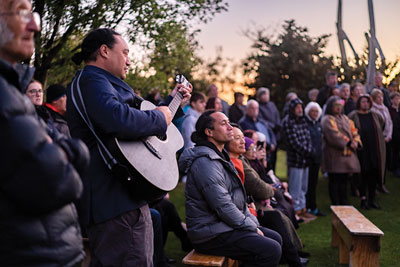 “At the time, we had two cultural monitors working alongside the recovery. The first priority was to get in there and clear up the mess, so we’d be flown down to Mangamaunu and hitchhike our way up to the coast by helicopter to visit all the active archaeological sites,” says Darran.

“There was something like 3,000 staff who ended up working on the recovery and it was our job to induct them and make sure they were prepared for the work they’d be doing, from a cultural perspective.”

These inductions were incredibly important given the range of artefacts discovered: personal adornments, industrial moa bone, pounamu and argillite toki, everyday tools for fishing, working textiles and making fishing nets. Most significantly, there were several locations at which kōiwi were disinterred – either during the earthquake or by necessity during the recovery – and Ngāti Kurī were determined to make sure their tīpuna were treated respectfully.

“We always knew there were cave burials north of Kaikōura, and when the earthquake happened, some of those caves exploded outwards and sent the kōiwi down the cliff,” Darran says. “We found and reinterred what we could, but realistically the rest of the remains will slowly be washed down over the next few years.” 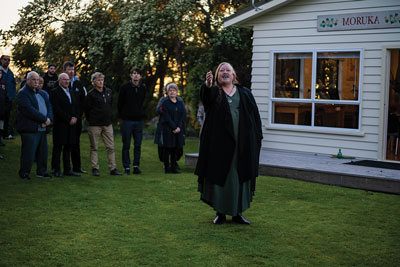 With the support of the geographic information system (GIS) team at Te Rūnanga o Ngāi Tahu, Darran and the cultural monitoring team were able to create a platform that recorded all the sites where kōiwi might be discovered, and would alert anyone working in the area to take care.

At Waipapa Bay, there was another significant burial site – an urupā concealed under the road. As crews worked to re-establish the road and railway, it became clear that the only possible route would take SH 1 through the urupā. Aware of the practical and emotional complexity, they turned to the rūnanga for a solution.

“The whānau of Te Rūnanga o Kaikōura made a decision, and it was a hard decision but ultimately the right one,” says Darran.

“We had a massive archaeological dig on the site using very, very experienced archaeologists. We removed quite a number of kōiwi and reinterred them nearby, so we can continue to respect their resting place.”

Navigating these complex scenarios allowed Te Rūnanga o Kaikōura to build a strong relationship with their partners on the CAG. As the local infrastructure projects were completed, the next question was what to do with the many taonga discovered during the rebuild process. 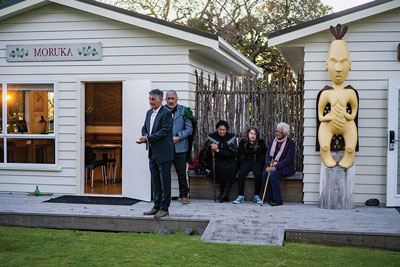 “We were in one of our regular meetings when one of the leads said, ‘well, what are we doing with all this stuff?’” Darran recalls. “And I just looked at him and said, ‘I can tell you what you’re doing. You’re giving it back to the marae.’ And he said ‘of course!’ and that’s where the idea came from.”

The idea was so well-received by the other members of the CAG that Waka Kotahi and KiwiRail offered to contribute 50 percent of the pūtea required to develop the Whare Taonga, with the rest being provided by Te Rūnanga
o Ngāi Tahu. More recently, Te Papa have come on board and have funded a part-time role for Te Awhina Arahanga, the curator from Kaikōura Museum, to support the Whare Taonga at the marae.

Kaikōura District Council CEO, Will Doughty, played a key role in securing funding and supporting the delivery of the project, and says it has been his privilege to be part of such an important kaupapa.

“I became very personally invested in the project as I saw it become a reality. I could sense we were creating something incredibly special that had never been done before,” says Will. “For me, this was one of the greatest legacies of the overall rebuild project. It is not just the outcome that is special, but the journey we all took together to make it happen.”

Darran approached the trustees for Takahanga Marae and got their permission to convert three dilapidated buildings into a whare taonga. He engaged a local builder, a graphic designer and local artists to develop the facility. 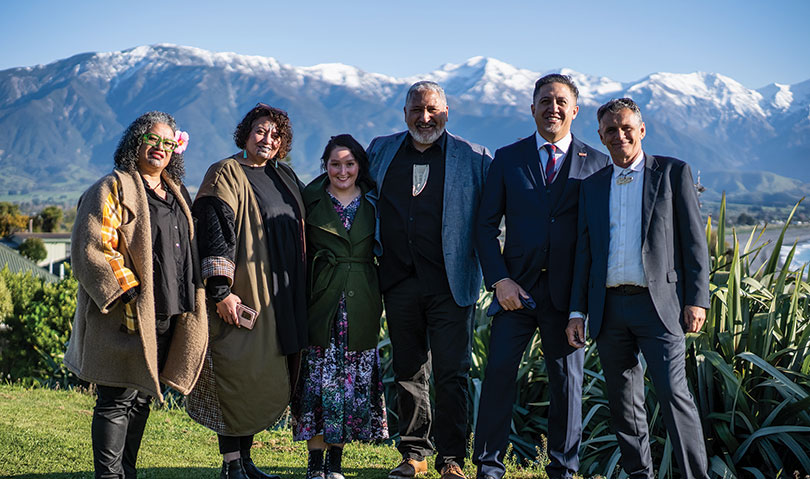 In the meantime, a team of dedicated archaeologists led by Jeremy Habberfield-Short, Heritage Specialist for Waka Kotahi, were hard at work cataloguing, conserving and registering the many taonga with the Ministry of Culture and Heritage. They also assisted Te Rūnanga o Kaikōura with a successful application as registered collectors under the Protected Objects Act 2006, ensuring their status as kaitiaki was legally acknowledged.

“It was humbling to be part of the process, and really brought cultural heritage into the world of mātauranga Māori for me – setting aside one’s views and standing in the shoes of another, viewing the world through their eyes,” says Jeremy. “In terms of the archaeological significance, this collection is well-documented with provenanced information and archives linking the taonga to specific places along Te Tai o Marokura.

It is incredibly significant that they will remain within the rohe of Te Rūnanga o Kaikōura, near to the tūpuna from which they are derived.”

The three buildings have been converted into a state-of-the-art facility that will protect and preserve the taonga for generations to come. The rūnanga turned to whānau member and whakapapa expert Maurice Manawatū to name the three buildings, and he chose the three daughters of Maru Kaitātea, the eponymous tipuna of the wharenui at Takahanga Marae. Their whakapapa stretches back to Ngāti Kurī and Ngāti Māmoe, honouring the history of the region and the origins of the taonga tūturu they shelter. 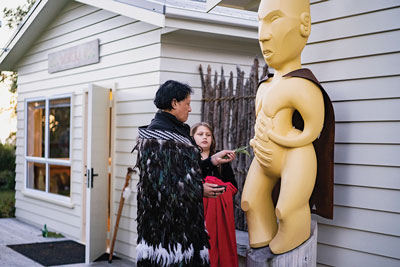 Waipuhi is the main whare taonga building, holding a collection of artefacts that relate to Māori culture, history and society. Rākaitekura is a temperature-controlled room that contains samples of bird bones, fish bones, soil and pollen collected from archaeological sites along the coast. Finally, Moruka houses office space for the whare taonga staff, and an area for archaeologists to work from when visiting the area.

The recent opening of the Whare Taonga was a long-awaited occasion, after COVID-19 had delayed it by several months. For Ata, it was a truly significant moment.

“It was quite emotional, and I was so absolutely proud of Ngāti Kurī,” she says. “Here we are, this little hapū of Kaikōura and we have been able to open a whare taonga that is so amazing. To be about to teach our future generations about our role as kaitiaki, and to encourage other hapū to take this stance with their own taonga. It’s absolutely huge.”

For Darran, this is the ultimate goal. “I want to see a whare taonga and resource space in all of the 18 Papatipu Rūnanga across Ngāi Tahu,” he says. “I want to help train people in cultural monitoring across the South Island so that mana whenua have the skills and the knowledge to lead the preservation of our taonga, on behalf of our tīpuna and future generations.” 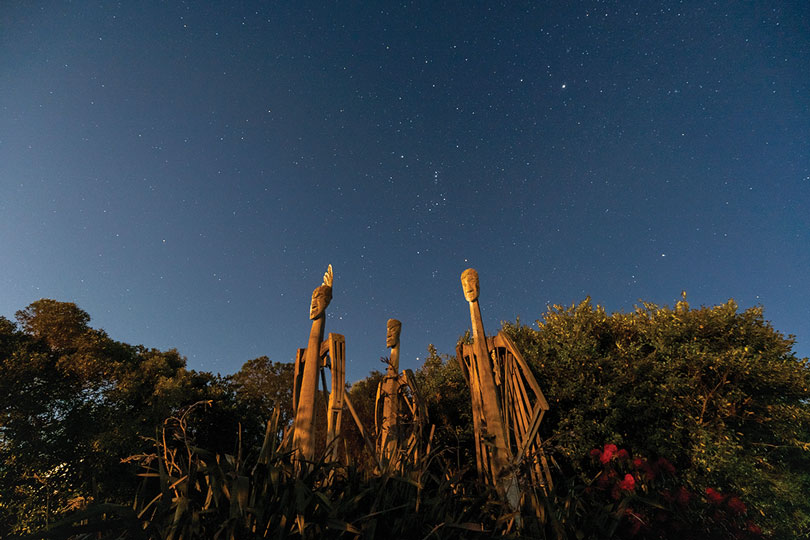