When life is the learning 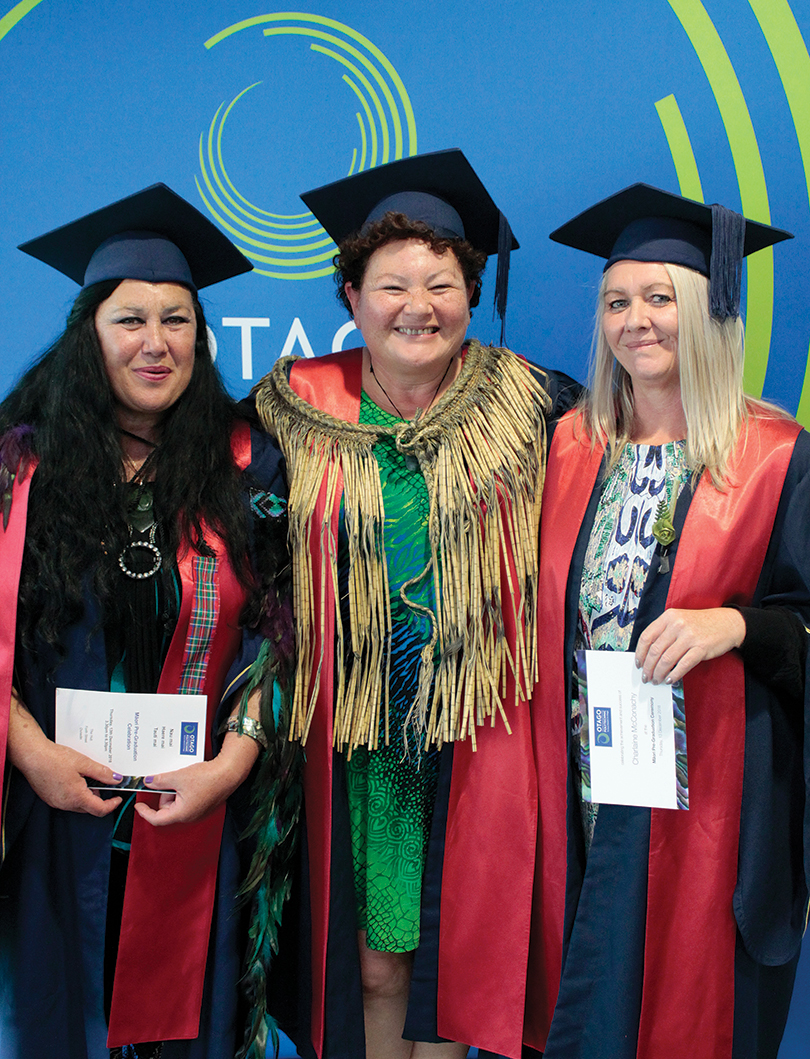 When you’re 17 and the Disco Queen, the world’s your oyster. And if you’re earning lots of money dancing, there’s not much point in continuing your education, is there? Especially if it means doing something tough like business law!

“Well, I don’t know if I would give my 17-year-old self that advice now,” muses Kera Baker, who is the Associate Director of Māori Health at the South Canterbury District Health Board (SCDHB), as well as a director of Aoraki Environmental Consultancy, and former deputy chair of health provider Arowhenua Whānau Services. “Don’t get me wrong. I’ve had a wonderful life, and many fantastic experiences, but I should have stayed at school and educated myself.”

Looking back, it is fair to say Kera has put in the hard yards – including working in the discotheques of Sydney after winning a dance competition, running a jewellery stand at the city’s Paddington market, designing belts, and managing restaurants.

“I worked in my taua Kera’s restaurants in Temuka and on the Arowhenua Marae from when I was 10 years old, so I know all about working hard,” laughs Kera.

“Much like many of our grandparents,” says Dr Eruera (Eru) Tarena of the Tokona Te Raki Māori Futures Collective, a Ngāi Tahu initiative established to increase Māori participation in education and employment. “They had to be chiefs on the weekend, and then scrubbing toilets, working in a milkbar or on the wharves during the week; because they didn’t have the opportunities to do anything else, through historical inequalities and lack of access to education.

“Cleaners, factory workers, and meat workers were the norm, and so what you have now is people with a huge skill set gained from the school of hard knocks who are representing iwi interests in many different ways – whether on Department of Conservation boards, rūnanga holding companies, or on the marae – but who don’t get the recognition they deserve.”

That formal lack of skill recognition is a huge stumbling block on a career path, but the solution hasn’t always been straightforward.

“You can’t expect someone who is in their 50s, has children and grandchildren, and a mortgage to drop everything and go back to university for three years,” says Eru.

It became clear that there was a need to reimagine what a degree programme could look like if students could follow an independent learning pathway that took into account years of experience.

And there was a need to step up with a solution: in this case, Te Hōkai Nui, an innovative partnership between Te Tapuae o Rehua (now Tokona Te Raki), Otago Polytechnic and Te Rūnanga o Ngāi Tahu that sees an iwi-specific cohort studying towards a Bachelor of Applied Management. The programme is a transformational pathway for mature and experienced Ngāi Tahu professionals and community leaders, allowing them to gain formal recognition for skills that they have already acquired throughout their career.

Te Hōkai Nui incorporates Māori values into the delivery and assessment of this course, in order to ground the kaupapa within the unique context of iwi development.

Michelle Te Koeti (Ngāi Tahu) believed she didn’t have the intelligence to go to university, thanks to undiagnosed dyslexia that made school “really hard”. Instead, she honed her business management skills over 20 years at New Zealand Post, rising to a senior leadership role in the Christchurch Mail Centre before taking over as Operations Manager at Ōnuku Marae.

“I had all these skills but nothing on paper. Now I can say I’ve got a Degree in Applied Business Management with a double major, with distinction.”

It did mean getting up an hour earlier every morning for 10 months to do an hour’s study before starting the day, but for Michelle it was worth every little bit of pain. 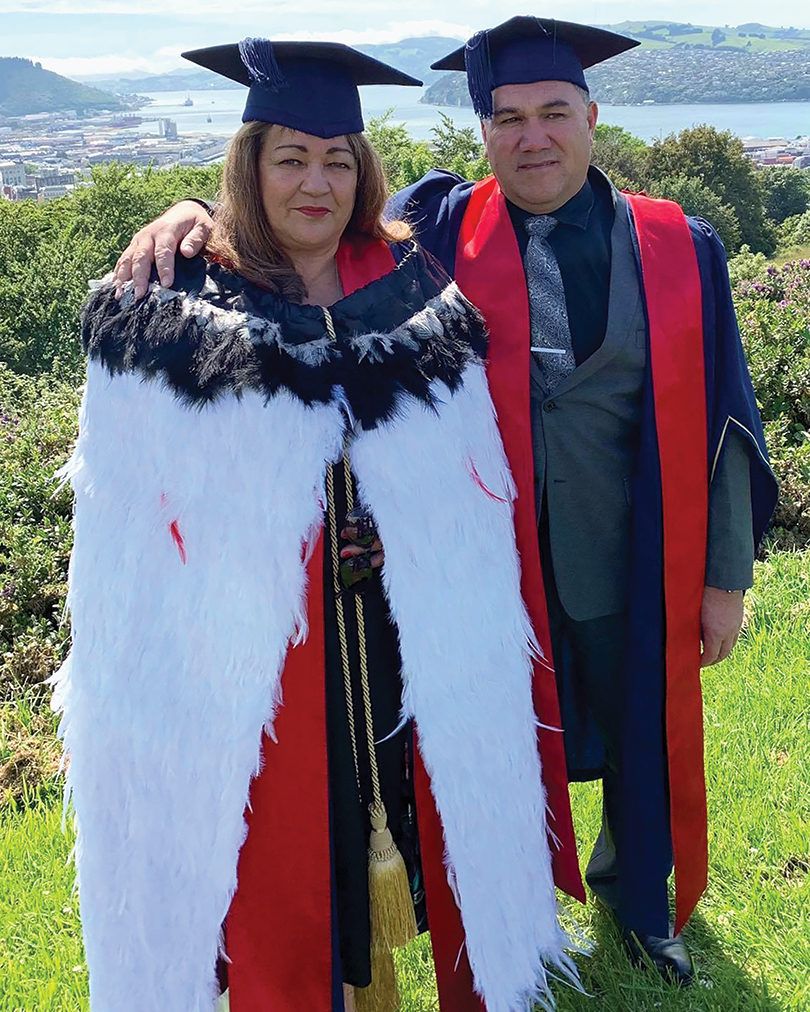 Pari Hunt (Te Āti Awa, Ngāti Mutunga, Ngāti Kahungunu, Ngāi Tahu) is a Navigator Coordinator at Te Pūtahitanga o Te Waipounamu, and completed the programme alongside his wife, Trisha. For him, the programme has put a lifetime of leadership into context.

“As the eldest son and eldest grandson of a large family, I’ve always been put in areas of responsibility; so this was a fantastic journey to put some theory and understanding around my management style,” he reflects.

“We didn’t have a lot when we were kids, so I’ve always been a problem solver. And as I’ve moved through different roles, I now understand this is a key skill I have when it comes to doing a risk analysis for any project.”

Kelli Te Maihāroa is Tumuaki – Te Kāhui Whetū (Director – Capable Māori), and responsible for recruiting and building iwi cohorts for the programme. She says the results of the initiative have been phenomenal.

“Over the three Te Hōkai Nui cohorts, we have had 59 learners and 56 graduates. This equates to a 95 per cent success rate, which is outstanding and a real credit to Emeritus Professor Khyla Russell, Dr Eruera Tarena, Richard Kerr-Bell, and the fabulous learners for making this such a powerful, life-long learning experience,” she says.

“As a previous lecturer at the University of Otago, I know the difference tertiary studies make for our people. I have attended several Otago Polytechnic graduations, and witnessed whānau achieving their tohu through Te Hōkai Nui – there is a real sense of collective achievement.

“But my passion is to provide opportunities for whānau to engage with higher education so we can grow our cultural and academic capital, which in turn, helps our whānau to flourish in other ways, including economic gains.”

“In a Māori context, 99 per cent of the time people aren’t necessarily motivated by money – they are there for the kaupapa. So everything needs to be about a shared vision, and shared goals. Leaders need to be skilled at influencing and inspiring people, because people have to want to be there. For Māori, leadership is all about relationships, because you cannot tell anyone what to do. It’s about bringing people together and creating space for people to work towards shared goals for the future.”
Dr Eruera Tarena Tokona te Raki Māori Futures Collective

A recent research report from Business and Economic Research Ltd (BERL), Ngāi Tahu, and the Māori Futures Collective has shown that inequalities in education, employment, and income for Māori are costing the New Zealand economy $2.6 billion a year. “We all aspire to a future where our people have options to choose their path towards their dream career,” says Eru. “But we need to address the inequalities and barriers facing Māori to bring that future forward.”

Each of the 59 learners has had a different reason for signing up for Te Hōkai Nui, but at the heart of it is the desire to change things for the next generation.

Pari decided he needed to do it to set some expectations for his eight grandchildren. “I want to be able to lead by example,” he says.

Kera agrees. “I want to be a mentor, not just for my son, but for all tauira, for all our whānau, who underestimate themselves. It hasn’t always been sparkly, razzle-dazzle rainbows and sunshine for me, but I thought, ‘Get in there and work myself to the bone, and just give it a go.’”

And now? “I feel a bit of a super momma to have attained a degree at my age,” she laughs. 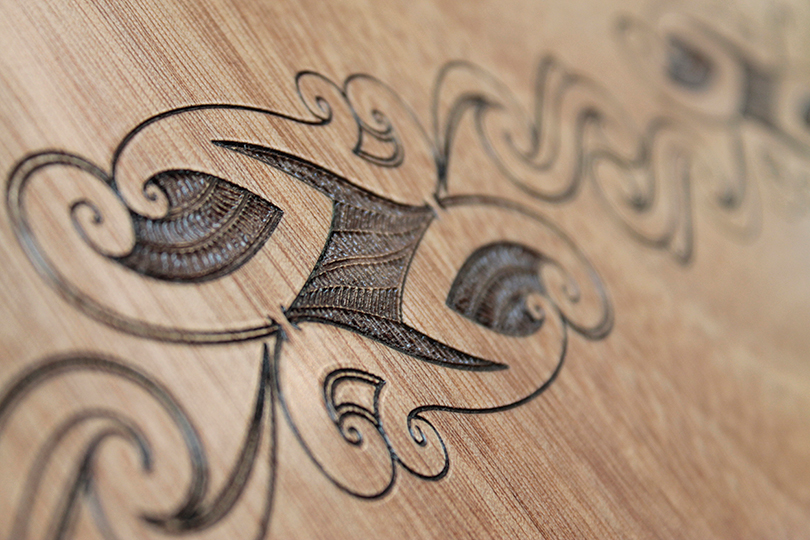 Kelli says there is a vision for the programme, but it might look slightly different the fourth time round. “We have had feedback from several graduates that they want to progress their study through to the Master of Professional Practice. Last year we offered a Doctorate of Professional Practice for the first time, which has four Māori learners, so we are growing pathways for whānau from degrees to doctorate levels.”

For Eru, however, the key to making the programme work is making sure it reflects Ngāi Tahu leadership practices in a Ngāi Tahu context. He says organisations in Japan manage people in a Japanese way, and in China they do it the Chinese way. Similarly, leadership in Māori organisations doesn’t fit the western mould.

“In a Māori context, 99 per cent of the time people aren’t necessarily motivated by money – they are there for the kaupapa. So everything needs to be about a shared vision, and shared goals. Leaders need to be skilled at influencing and inspiring people, because people have to want to be there. For Māori, leadership is all about relationships, because you cannot tell anyone what to do. It’s about bringing people together and creating space for people to work towards shared goals for the future.”

Eru says this requires a very different skill set from traditional western organisational leadership. “The Māori way is highly collaborative, and leaders within these organisations are highly skilled negotiators.

“The programme is finally recognising these leaders within our communities, and giving them a pathway that brings mana to the work they have been doing for years.”