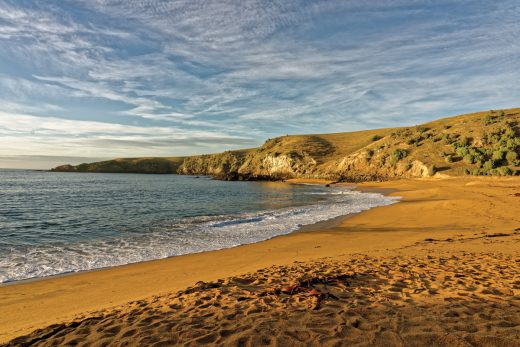 Tūtakahikura is the beach immediately south of the old kaik on the Moeraki peninsula. In the late 19th century it was home to one of the largest Ngāi Tahu settlements on the east coast of Te Waipounamu. The Ngāi Tahu rangatira and tohunga, Matiaha Tiramōrehu, established a wharekura there. A church and rūnanga hall were later built in the 1860s. By the early 20th century the old kaik was all but deserted as the Ngāi Tahu community relocated closer to the port. The area has always been renowned for its kaimoana, which has sustained the people over many generations.