Horomaka Horomaka Island in Koukourārata (Port Levy) commemorates the arrival of the Makawhiu waka in Canterbury. After Tūtekawa killed the wives of his brother-in-law Tūāhuriri at Te Whanganui-a-Tara (Wellington), he escaped to Te Waipounamu, where he established Waikākahi pā on the eastern shore of Te Waihora (Lake Ellesmere). Determined to exact revenge, Moki, the son of Tūāhuriri, came south in search of Tūtekawa on the Makawhiu. Maka was the captain of the waka. Moki did not want his cousin Te Rakitāmau (Tūtekawa’s son) to be involved, so sent word for Te Rakitāmau to meet him at Koukourārata. After warning Te Rakitāmau to leave the district, Moki returned to the waka, and told the crew to proceed back to the ocean as nothing could be done at that time. Secretly he was giving Te Rakitāmau time to leave. Owing to the abandonment of this first expedition, the island was named Horomaka. Horo refers to the dispersal, or foiling, of Maka, the captain of the Makawhiu.
Photograph: Tony Bridge 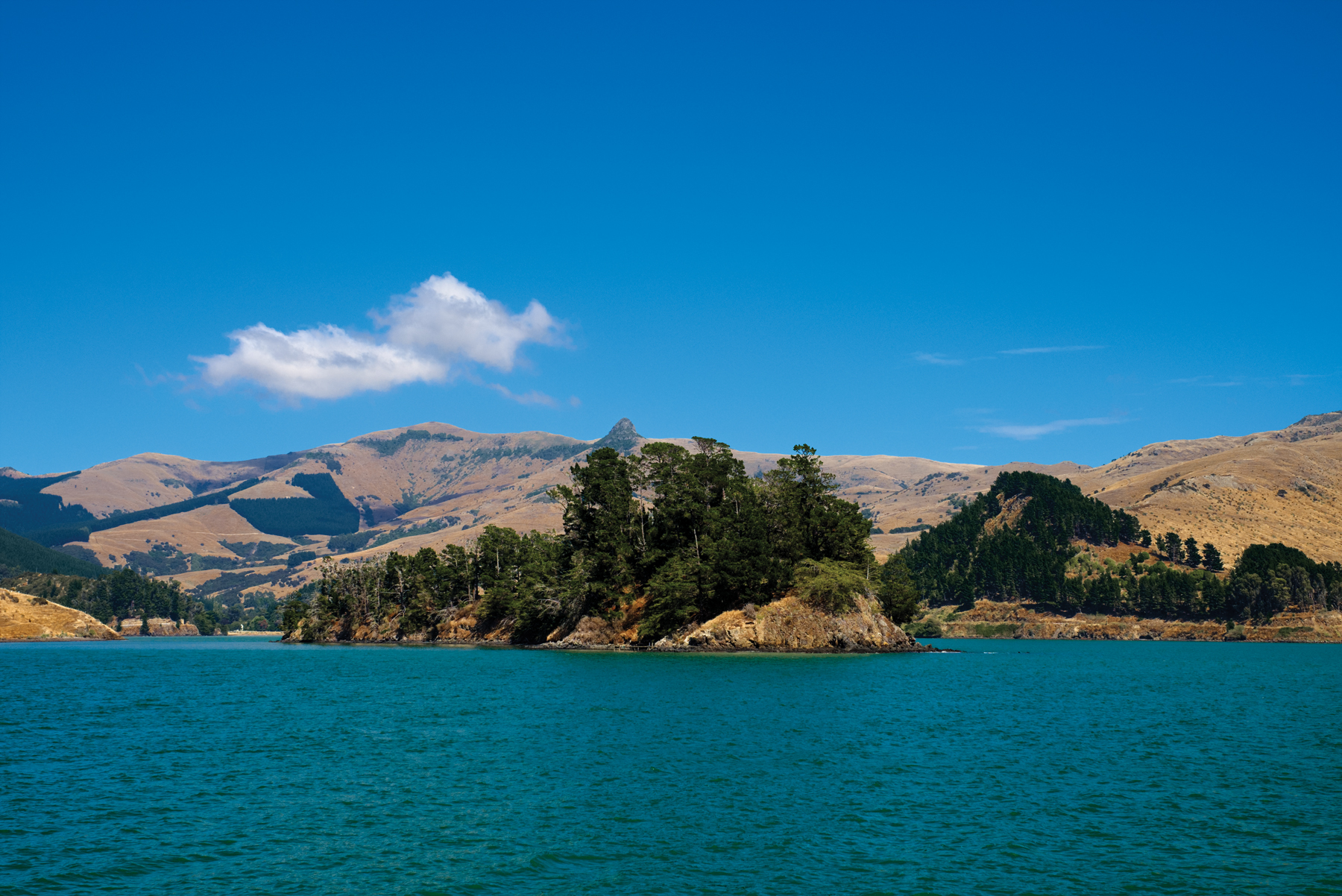