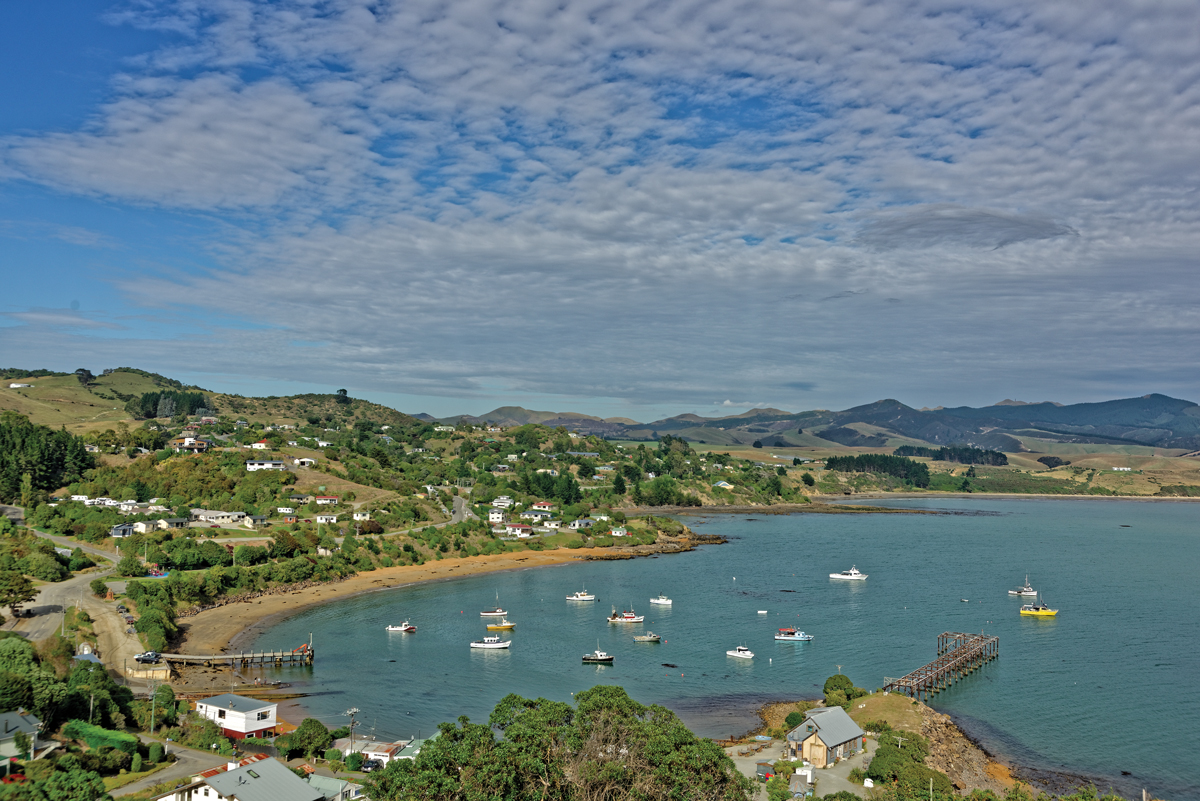 Moeraki Onekakara is the beach on the northern coastline of the Moeraki Peninsula, where the main Moeraki wharf is located today. In the 19th century, the name Onekakara was used to refer to the shore whaling station (established on the beach in 1836), and the European settlement that formed nearby. Traditionally, the name Moeraki specifically referred to the Ngāi Tahu kaik at Kawa Beach on the eastern side of the peninsula. However, late in the century, when Ngāi Tahu living at the kaik began to move closer to the European settlement of Onekakara for better access to employment, health, and education, the name Moeraki also shifted to cover the whole peninsula.
Photograph: Tony Bridge