Kā Roimata-a-Hinehukatere is the traditional Māori name for the Franz Josef Glacier. Hinehukatere was a woman who in ancient times had a passion for mountaineering, but her sweetheart Wawe was not as agile as her. When traversing the region, Wawe lost his footing and fell to his death. Hinehukatere witnessed the fatality and became stricken with grief. Her tears were so excessive that the gods froze them as a perpetual memorial to her sorrow. Even today her tears remain frozen as Kā Roimata-a-Hinehukatere – “The tears of Hinehukatere”. The Waiau River, which is now incorrectly known as the Waiho River, is fed by the meltwater from the glacier. 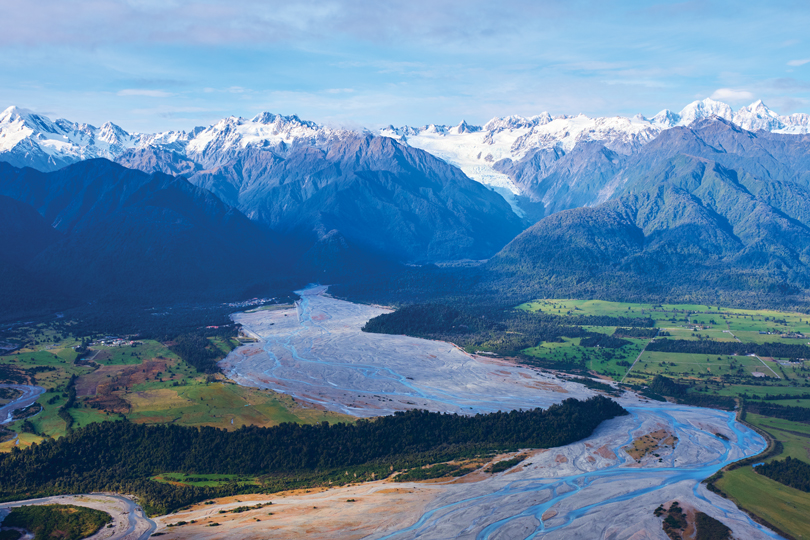