Moturau is the correct Māori name for Lake Manapōuri in Te Rua-o-te-Moko (Fiordland). Roto-Ua is an earlier name for the lake, and was given by the Waitaha explorer Rākaihautū when digging the lake with his kō, on account of the persistent rain that troubled his party here. Puhiruru (Rona Island) is the island in the foreground, and the prominent beehive-shaped hill immediately behind it is Te Tukeroa (The Beehive). The small island to the left is Uenuku (Isolde Island) and the island beyond that is Pōhuruhuru (Pomona Island), which is the largest island in Moturau, and indeed the largest island in any New Zealand lake. The name Manapōuri has been incorrectly applied to the entire lake, but specifically refers to a small bay (Shallow Bay) in the eastern part of the lake, near to where this photograph was taken.
Photograph: Tony Bridge / Te Rūnanga o Ngāi Tahu Collection, Ngāi Tahu Archive, 2018-0304 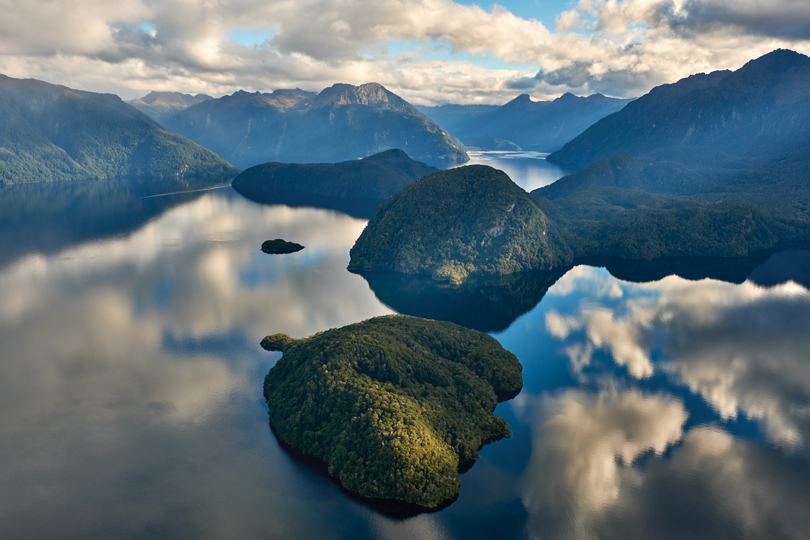