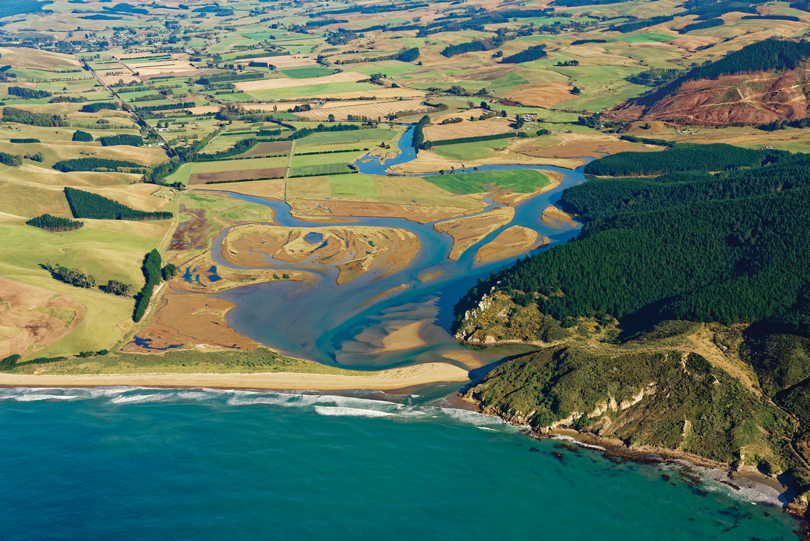 Waihemo (Shag River) flows into the Otago coastline immediately south of Matakaea (Shag Point). Archaeological investigations have concluded a significant settlement once existed at the river mouth dating back to the 14th century. The mouth of the Waihemo provided shelter for waka, marine and freshwater fisheries, a fur seal rookery nearby, and vegetation attractive to moa, the south’s most attractive protein source. Following a proposal by Kāti Huirapa Rūnaka ki Puketeraki and Te Rūnanga o Moeraki in 2020, the New Zealand Geographic Board announced the official name of the river would change from Shag River (Waihemo) to the Waihemo/Shag River.