What does it mean to be a Pākehā in 2017, living in bicultural New Zealand? Kaituhi Mark Revington revisits an article he wrote 16 years ago for The New Zealand Listener. The original piece was about identity and the struggle of non-Māori New Zealanders to find their sense of self in this land. In this update, Mark shares his own personal thoughts. 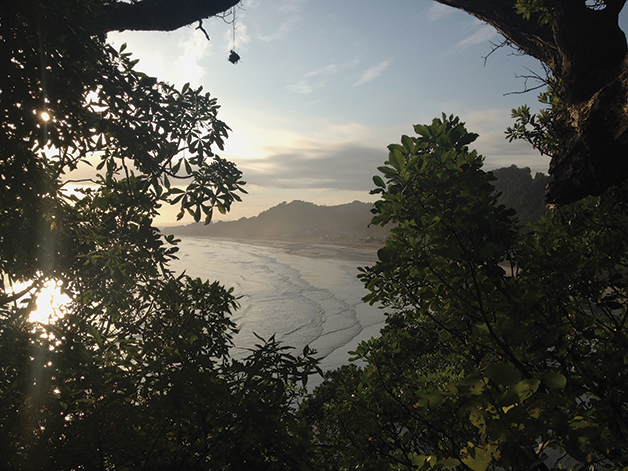 First the word Pākehā, then Waitangi Day, and now water. It seems there are some sectors of New Zealand society who can’t get their heads around the notion of a bicultural country. Or some people who want to be offended regardless.

Never mind that Māori are tangata whenua, or that Aotearoa is unique in the world due to the richness of culture Māori bring to the table, and Te Tiriti o Waitangi which put in place a partnership between Māori and the British Crown.

Never mind that despite the Treaty and the protections it promised, successive governments and their mainly Pākehā voters came to believe that Lieutenant Governor William Hobson’s “one people” meant a country dominated by Pākehā, where Māori felt dispossessed and faced the expectation that they would be assimilated into the dominant Pākehā culture.

“Until the 1980s, New Zealand was unofficially monocultural, with government policies favouring Pākehā culture. Since then, the Māori renaissance has led to a renewed emphasis on biculturalism, based on the partnership established between Māori and the Crown by the Treaty of Waitangi,” according to University of Otago Professor (Politics) Janine Hayward in Te Ara – the Encyclopedia of New Zealand.

The notion of kaitiakitanga of water involving anyone other than the Crown [draws venom] despite glaring evidence that the Crown has only looked after one sector when it comes to stewardship of our water.
The Crown’s “kaitiakitanga” of water has led to rivers that we can’t swim in, let alone drink from. Two thirds of the rivers of Aotearoa are too polluted to swim in, and half its lakes are irreversibly damaged.

And still some want to believe that “He iwi kotahi tātou” or “We are one people” means one people, on Pākehā terms. You hear from them every Waitangi Day, rednecks who come out with comments we can charitably ascribe to ignorance. Meanwhile, the notion of kaitiakitanga of water involving anyone other than the Crown seems to draw the same venom, despite glaring evidence that the Crown has only looked after one sector when it comes to stewardship of our water. The Crown’s “kaitiakitanga” of water has led to rivers that we can’t swim in, let alone drink from. Two thirds of the rivers of Aotearoa are too polluted to swim in, and half its lakes are irreversibly damaged.

Ngāi Tahu feel excluded from the wai Māori decision-making process. Yet, as kaituhi Chris Brankin noted in TE KARAKA 71, “Water is woven deep into our identity as Ngāi Tahu. Without wai there is less mahinga kai for our people. No whitebaiting, no catching tuna, no access to watercress, and challenges for accessing safe drinking water for our marae. Water is the foundation for physical life, but for Māori there are further layers of meaning to these activities that make healthy waterways critical for the sustenance of
Ngāi Tahu culture and spirituality. So many Ngāi Tahu practices rely on access to the resources freshwater sustains.”

Or what about a recent example quoted on social media of a family out shopping who chose to speak in te reo Māori, the language they choose to raise their children in. They were abused in a supermarket by a woman who told them, “This is NZ.” As the poster said, it is sad in this day and age to encounter that sort of ignorant racist behaviour.

What do I know? Well, the TE KARAKA editor asked me to revisit an essay I wrote for The Listener, more years ago than I care to remember. It was called “White man’s burden” and, as I recall, was written in time for Waitangi Day.

Essentially it was about the fact that most Māori have a fair idea who they are and where they came from, while many Pākehā haven’t a clue.

Finlay MacDonald, the then-editor of The Listener, in his wisdom, wrote this: “Waitangi Day, our national day, has become as confused as our sense of national identity. While Māori find it a fulcrum for protest and renewal, Pākehā New Zealand struggles to make modern meaning out of history. Even the word “Pākehā” cannot be agreed on. So is there such a thing? And how do they see themselves on the eve of the 21st century’s first February 6?”

After nearly six years working for Ngāi Tahu, presumably the editor of TE KARAKA thought I would have something insightful to say. What I can say is that I have more respect than ever for the notion of mana whenua, for knowing where you come from, and from whom. If you don’t know your past, you don’t know your future, as Ziggy Marley once said.

Coming in a close third on the Google algorithm’s arbitrary list is the Morgan Foundation, and a short essay by Gareth Morgan from August 2015 in which he quotes Tā Tipene O’Regan:

“On this issue of identity, I think we get far too precious about coming to a conclusion as to whether we’re one thing or the other: Māori or New Zealanders, Māori or Pākehā, Pasifika or New Zealander. Actually we’re more than either/or; we are both: we are in fact all sorts of things in different situations. I am Māori but I am also Pākehā. I am Ngāi Tahu, which makes me Māori. My roots are in Te Waipounamu, which makes me southern. I am a citizen, which makes me a New Zealander. On almost any issue I will, at different times, call on one or more of these ‘identities’ and emphasise one or more to the exclusion of others.”

After nearly six years working for Ngāi Tahu … what I can say is that I have more respect than ever for the notion of mana whenua, for knowing where you come from, and from whom. If you don’t know your past, you don’t know your future, as Ziggy Marley once said.
I have no problem with being a Pākehā in a Māori world. It is who I am. And Aotearoa is my home.

I am a seventh-generation Pākehā, from a line of publicans and journalists. My tūrangawaewae is Ōhope Beach in the eastern side of Te Moana-a-Toi, or eastern Bay of Plenty, where I grew up. I have spent more time away from there than I have being there, yet still feel a strong affinity with the beach. So does my son, who has never lived there yet knows it well from annual visits to the family land at Ōhope. My tīpuna are from Ireland, Scotland, and England; yet I am a part of this land and it is part of me.

Revington’s Hotel in Greymouth, which looks likely to be demolished in the near future, belonged to my great-grandfather and somehow retained the family name (some of my colleagues have less than decorous stories of the place).

In short, I know who I am and where I come from. It doesn’t worry me to be called Pākehā, although my colleagues are more likely to call me koro. But others tell me that there are still people out there who bridle at the notion that they are Pākehā, and would prefer to be known as Kiwis or New Zealanders.

Back in my Listener days I quoted The New Zealand Herald, which pronounced that those who happily embraced the word “Pākehā” probably felt a good deal more confident and secure about their place in the world than those “who continue to call themselves, for want of something better, European”.

I still run into people who don’t like the word Pākehā, although usually it stems from ignorance, a suspicion that maybe someone is taking the p… when using the word to describe them.

To those who insist they are New Zealanders, or Kiwis, I would say, “What makes this country unique?”

Is it the result of a partnership, or should Pākehā just stick to acquiring a haka when they want to and use the odd te reo Māori word in conversation? Times are changing, although possibly not fast enough – for example, witness the tribulations of former
New Plymouth mayor Andrew Judd who describes himself as “a recovering racist”. He was ostracised and vilified for a decision early in his first and only term to give Māori a voice on the New Plymouth council. Judd had won the mayoralty in a landslide, but after suffering threats and abuse from other Pākehā, chose not to stand for a second term. Nevertheless, he somehow ended up with 10,000 people in the Andrew Judd Fan Club on Facebook.

I work for Ngāi Tahu because I believe the iwi, and others, will have a large part to play in Aotearoa. And given that 50 per cent of the tribe are under 30, that future will look very different to the view from previous generations.

Mō tātou, ā, mō kā uri ā muri, ake nei? Yes it is about taiohi, because it will be their world. I have no problem with being a Pākehā in a Māori world. It is who I am. And Aotearoa is my home.

Mark Revington works for the Tribal Economies team at Te Rūnanga o Ngāi Tahu. Previously he was the editor of TE KARAKA.