The Vision:
Our dream is that our Papatipu Rūnanga (marae communities) remain the beating hearts of our tribal identity. Our goal is that Papatipu Rūnanga are economically strong and culturally vibrant.

Papatipu Rūnanga are the home of Ngāi Tahu identity and the seat of our traditions. Located predominantly in our traditional settlements, Papatipu Rūnanga are coastal and often rural. The vitality of our marae communities is often reliant on there being sufficient opportunities and infrastructure for whānau to be able to live close to the marae. Te Rūnanga has adopted a holistic approach to regional and rūnanga development, with a particular focus on re-developing customary industries, including pounamu, mahinga kai and traditional craft.

Te Rūnanga has adopted a holistic approach to regional and rūnanga development, with a particular focus on re-developing customary industries, including pounamu, mahinga kai and traditional craft.

Te Rūnanga contributes a range of tools and resources to the aspirations of ngā Papatipu Rūnanga, including:

Regional development also encompasses education – incorporating Ngāi Tahu identity, language and culture into public institutions such as schools and Early Childhood Centres. Rūnanga are also the vehicles for tribal development, by helping put in place robust governance and management institutions we create stability for investment, social development and the management of resources. 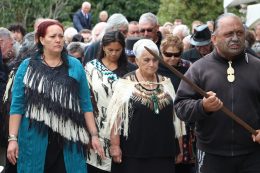 Te Hapū o Ngāti Wheke (Rāpaki) are pleased to open their new wharekai (dining room and kitchen). The wharekai was opened by whānau and community members on 6 February 2018. Rāpaki is a historical kainga for Ngāi Tahu settled 400 years ago by Te Raki Whakaputa who came ashore, laid his waist-mat (Rāpaki) down on…

The official opening of the Justice and Emergency Services Precinct in Ōtautahi was a proud moment for our iwi as the doors opened to reveal a contemporary building embedded with Ngāi Tūāhuriri and Ngāi Tahu values, narratives and culturally significant artworks. Te Omeka is a special place – as an anchor project it is a significant investment… 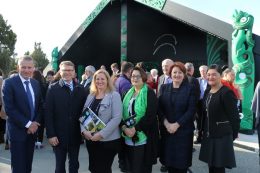 With strong iwi involvement, the Government has announced a $36 million action plan to enhance economic development in Tai Poutini. Lisa Tumahai, Kaiwhakahaere of Te Rūnanga o Ngāi Tahu, says the new funding is a great boost for the region. “We have worked side-by-side with the government to create this action plan and it is…

Several Papatipu Rūnanga are currently completing development projects at their marae. Among those working on everything from minor renovations to full building projects are Waihao, Arowhenua, Hokonui, Rāpaki and Koukourārata. For Waihao Marae, building developments will allow marae staff more space to work and host their guests. Rūnanga Chair Graeme Lane says developments have come…

Today success for Te Rūnanga o Ngāi Tahu has an ever increasing number and range of measures. There are multiple bottom lines these days that span culture, environment, social and economic outcomes for whānau, hapū and iwi. Ngāi Tahu values such as tikanga, kaitiakitanga, rangatiratanga and whanaungatanga, make up the framework for how we should…