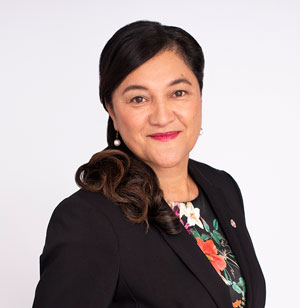 Arihia Bennett (Ngāi Tahu, Ngāti Porou, Ngāpuhi) has been the Chief Executive Officer of Te Rūnanga o Ngāi Tahu since 2012. Reporting directly to the board, Arihia works closely with the senior leadership team to protect and advance the interests of more than 78,000 iwi members and develop the strategy and purpose that guides the whole organisation according to its tribal whakataukī: Mō tātou, ā, mō kā uri ā muri ake nei – For us and our children after us.

She oversees the operations of the entire Te Rūnanga Group, using strong relationship management and stakeholder engagement skills across a broad range of internal and external stakeholders, including other iwi, central and local government, community agencies, and corporate entities. She also oversees the delivery of a range of programmes and initiatives designed to create intergenerational wellbeing for all Ngāi Tahu whānau.

Arihia is also the Chair of Kāpuia – the Ministerial Advisory Group on the Government’s Response to the Royal Commission of Inquiry into the terrorist attack on the Christchurch mosques. She is a member of the Ombudsman’s Office’s Pūhara Mana Tangata Māori advisory panel, a New Zealand-China Council member, and the patron of Royal New Zealand Police College’s Wing 362.

She has held several other advisory roles and directorships, including Commissioner of the Canterbury Earthquake Recovery Commission, and has worked collaboratively with other leaders across Ōtautahi Christchurch to advise on the city’s redevelopment. She was previously on the boards of two non-profit social service providers. Arihia also served as a director of Ngāi Tahu Development Corporation from 1999 to 2002, and then as chair until 2005.

She is a member of Global Women and the Tuahiwi branch of Māori Women’s Welfare League.

Arihia is an alumna of graduate business school INSEAD Fontainebleau and Singapore, and Te Hono Movement (a partnership helping to drive the success of the primary industry in Aotearoa).

In 2008 Arihia was made a Member of the New Zealand Order of Merit for services to Māori and the community.

Arihia lives at Tuahiwi in North Canterbury and is an active participant in her Papatipu Rūnanga. 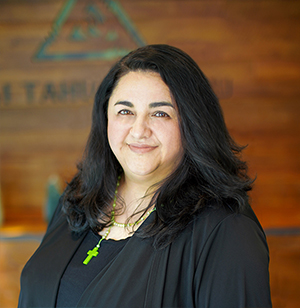 Ana Su’a Hawkins is Chief Advisor to the Chief Executive Officer Arihia Bennett, and has been with Te Rūnanga o Ngāi Tahu since November 2019. In this role, Ana works across the full spectrum of the organisation’s operations to provide strategic and political advice to the CEO.

Since June 2020, Ana has taken oversight of the organisation’s strategic operational pou including Ngāi Tahutanga, Oranga, Mātauranga and Te Ao Tūroa. These are critical pou central to whānau aspirations and wellbeing, and includes the management of taonga from our tribe’s history and within our natural spaces.

With over two decades of experience in the government sector, Ana is adept at navigating complex political spaces, having worked for the Ministry of Social Development, Child Youth and Family, and Ministry of Justice. Her most recent role before joining Te Rūnanga was as National Operations Manager at Oranga Tamariki, overseeing more than 330 staff. Ana’s other notable professional achievements include being a published writer and presenter on cultural supervision.

Throughout her career, Ana has been driven to help whānau and communities thrive and, as such, the Te Rūnanga o Ngāi Tahu whakataukī – mō tātou, ā, mō kā uri ā muri ake nei – resonates deeply within her. Instilled in her at a young age is the creed, “O le ala i le pule o le tautua” (the pathway to leadership is through service). 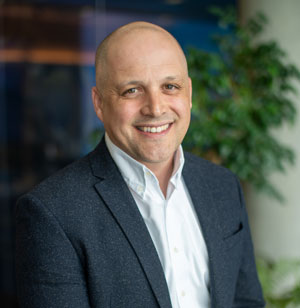 Ben Bateman (Ngāi Tahu and Cook Island Māori) has been the Chief Operating Officer of Te Rūnanga o Ngāi Tahu since October 2022. Ben reports directly to the Chief Executive Officer as second in charge of Te Rūnanga. He takes the lead in relationships and communications with Governance, Papatipu Rūnanga, Ngāi Tahu Holdings and wider Industry.  Ben has a key strategic leadership role in shaping our key organisational strategies and leading their implementation.

Prior to joining Te Rūnanga o Ngāi Tahu, Ben had a diverse executive leadership career, both within the Department of the Prime Minister and Cabinet (Chief of Staff, National Security Group) and the New Zealand Defence Force (Deputy Director, Intelligence and Operations Law). Ben was a Commissioned Officer in the New Zealand Army retiring in the rank of Lieutenant Colonel. Ben is also a Manawa Nui graduate of our Ngāi Tahu Group Associate Director programme having completed roles as an Associate Director of both Ngāi Tahu Property and Ngāi Tahu Seafood. He subsequently served as a Director of Ngāi Tahu Seafood, and most recently as the Chief Operating Officer of Oha Honey.

The common theme of Ben’s career has been service leadership. He is deeply motivated to ensure the benefits of Settlement are enjoyed by Ngāi Tahu Whānui now and for future generations – Mō tātou, ā, mō kā uri ā muri ake nei.

A practising lawyer with Bachelor’s degrees in both Laws and Science from University of Canterbury, Ben also holds an Executive Master of Business Administration from Victoria University of Wellington. He is an experienced professional director, currently serving as an Advisory Panel Member for the Inspector-General of Intelligence and Security, a Trustee on Wellington Zoo Trust and a Director of Te Pitau Limited (operational company of the Mānuka Charitable Trust). 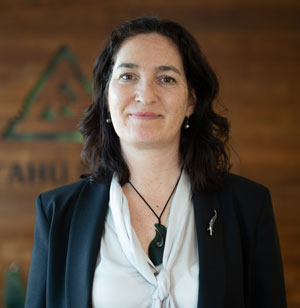 Jacqui Caine (Ngāi Tahu, Kāti Māmoe, Waitaha) joined Te Rūnanga o Ngāi Tahu in 2019 and stepped into the role of General Manager Strategy & Influence in December 2021. She was appointed to the role of Group Head Strategy & Environment in October 2022. This position reports to the Office of Te Rūnanga o Ngāi Tahu but with a Group-wide lens, to improve overall outcomes for iwi and Papatipu Runanga. A strategic relationship with Ngāi Tahu Holdings exists to enhance collaboration and accountability for supporting the Group’s strategic commercial interests. The role is charged with protecting and advancing the Ngāi Tahu settlements, engaging with the Crown across a range of kaupapa and protecting te taiao. Jacqui leads stakeholder engagement, strategic relationship development and the alignment of strategic workstreams, and manages our Te Whakaariki/Strategy & Influence and Te Ao Tūroa teams.

Jacqui has 25 years of experience at the Ministry of Foreign Affairs and Trade and was New Zealand’s Ambassador to Chile, Colombia, Peru, Ecuador, and Bolivia, from 2015 to 2018. She has held a number of roles in the Ministry of Foreign Affairs and Trade including in trade negotiations, as Deputy Director of the Legal Division and Lead Adviser in the Americas Division. She served as the Deputy Ambassador in both Singapore and Mexico and as Deputy High Commissioner in Vanuatu. In 2019 Jacqui was appointed as one of the two Commissioners to lead the Royal Commission of Inquiry into the Christchurch Mosque Attacks on 15 March 2019. She served alongside Supreme Court Justice Sir William Young until the conclusion of the Royal Commission in November 2020.

Jacqui has degrees in Law and Accounting and has completed the New Zealand Leadership Development Centre’s Te Putanga – Leadership in Practice and Maranga Tira – Leadership Course for Māori Managers. She is a Trustee of Te Rūnaka o Awarua. 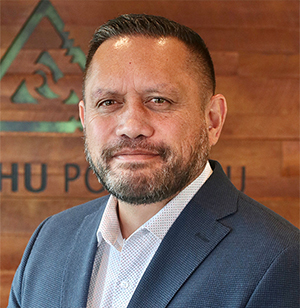 Darren Beatty (Ngāti Kahungunu, Te Whānau a Apanui, Ngāti Porou, Te Roroa) joined Te Rūnanga o Ngāi Tahu in May 2017 as the Group Head Finance & Planning, before stepping into the role of Group Head Chief Financial Officer in 2020. In this role he is responsible for the financial and performance management of the Office of Te Rūnanga o Ngāi Tahu, as well as the monitoring function and legal team.

Prior to joining Te Rūnanga o Ngāi Tahu, Darren worked in financial leadership for 12 years. His most recent role was at Māori Television where he was a member of the Executive team in his role as Head of Finance and Administration. Darren is a Chartered Accountant and has a law degree. His career has focused on strategic financial management, reporting, transaction processing and systems improvement, audit and risk management, facilities management and administration.

Darren is a fluent speaker of te reo Māori and is passionate about ensuring te reo Māori me ōna tikanga is part of the life of his whānau. He is committed to whānau development, to his iwi and his marae. He is currently a member of Te Taura Whiri (Māori Language Commission) Audit Committee and has served as a trustee of Tatau Tatau o Te Wairoa’s initial post-settlement governance entity board and as project manager for the rebuild of his mother’s marae in Kaihu, Northland. 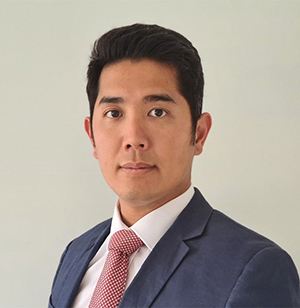 Wayne Vargis has worked for Te Rūnanga o Ngāi Tahu since 2011, and has been the General Manager, Regional Investment Fund since November 2020. This newly created position is tasked with fostering the devolution aspirations of the iwi. In this role, Wayne works alongside the 18 Papatipu Rūnanga of Ngāi Tahu to invest in regional economic development opportunities that deliver localised/kainga-centric outcomes.

Wayne has worked within the wider Ngāi Tahu Group for over 10 years. His journey began as the General Manager, Operations for the health and social services arm of the iwi, He Oranga Pounamu. Wayne then left to establish Te Pūtahitanga – successfully winning the South Island’s largest social services contract in the process. He has also been the programme leader for tribal economies; creating, Puna Pākihi, the platform that works alongside Ngāi Tahu whānui to make their business ideas a reality. Most recently, he worked for Ngāi Tahu Property as their Commercial Partnerships Manager, where he was responsible for the firm’s deal-flow pipeline.

Wayne has a degree in Chemical Engineering and a Masters in Engineering Management. He has also completed an executive management programme at the Stanford Graduate School of Business and earned a Masters of Business Administration – with Welch Scholar Distinction – from the Jack Welch Management Institute in Washington, DC.