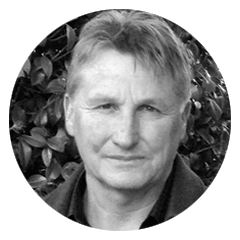 Take a close look at the photo on the cover of this issue. The wahine toa challenging the Minister of the Crown as he bends down to pick up the taki. That scenario hasn’t been seen for hundreds of years, if ever.

I am picking that it will resonate for years to come. There was plenty of discussion around here about whether or not to put that particular image on the cover but in the end, how could we turn away from something that is likely to endure for years?

Not everyone agrees with the concept of a wahine performing the wero, of course, but when questioned, the usual response is that it is the business of Ngāti Waewae what they do on their marae. And if their tradition is a wahine doing a wero, then that is their business. Of course there are grumbles, mainly from older generations, and more conservative elements.

Does that make it right or wrong? Again, that is the business of Ngāti Waewae and as Tā Pita Sharples says, if the wero is performed correctly, then kei te pai.

A taiaha, or māipi, is a weapon of war, he says. Once, everyone would have known how to use one, with varying degrees of skill. Women were adept in the use of taiaha because it was a matter of survival.

Te Amo Tamainu has been training in mau rākau for years. This isn’t someone who will prance about waving a māipi around in an unschooled fashion. She knows what she is doing.

She is channelling her tīpuna, and setting an example for future generations. I particularly like her story about being approached in a mall by a little girl who comes up and asks for an autograph. Te Amo isn’t big-headed when she tells the story; more aware of the historic aspect of her challenge.

The pebble has been tossed into the water and the ripples are spreading outwards. Only time will reveal their impact.