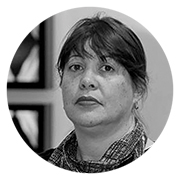 The invitation to be the guest editor for this issue of TE KARAKA was an opportunity that allowed me to make a contribution to the tribe in a way that I could. It enabled me to draw on some of the expertise I have developed as an art curator of 26 years, a curator particularly concerned with modern and contemporary Māori and indigenous art.

Through the Paemanu rōpū the invitation was extended and the opportunity gracefully facilitated by editor Mark Revington. Being able to make a contribution to the tribe is deeply felt and really is a joy. I now live outside the takiwā of Ngāi Tahu. I do not get much time to be with the iwi or in the cultural and spiritual landscape of Ngāi Tahu and I miss it.

The work as guest editor is a bit like curating an exhibition. Although not working three-dimensionally with taonga, artworks, and space, you are working with people and culture, with images and ideas. Artists have been described as social barometers with the ability to measure, reveal, and reflect what is important and valued by the community that they are associated with. They are also often regarded as the shapers or shifters of culture, as visionaries able to create new templates for new and imagined worlds.

Vision is what binds TE KARAKA 65 – The Art Issue. It starts on the front cover with an image taken by leading New Zealand photographer Mark Adams. The image is of the stained glass window depicting Matiaha Tiramorehu from the Kotahitanga Church in Moeraki. Tiramorehu and other rangatira played a crucial role in determining our future. Vision is also embodied by the artists, performers, musicians, and writers featured in this edition.

I want to end with a mihi to Tahu Pōtiki to acknowledge the role he has played for me and others within the tribe. Tahu has been an anchor. The person able to provide the cultural knowledge and understanding needed, to both reach back and to move things forward.