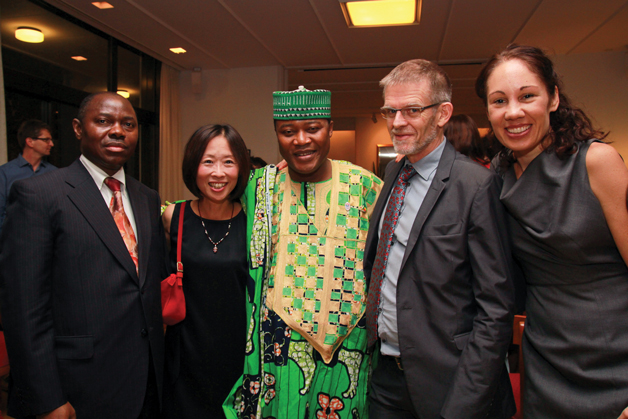 When the massive magnitude 9 earthquake and tsunami struck north-east Japan in March 2011, Rebecca Adams was nine months pregnant and working in Tokyo as First Secretary and acting Defence Attaché for MFAT.

Now based in Wellington as senior advisor on MFAT’s China desk, Rebecca says she never dreamed of becoming a diplomat, but now can’t think of a more enriching or rewarding career path.

She says she is passionate about promoting New Zealand, and the opportunity to showcase Māori culture makes the job very satisfying.

Rebecca has been with the ministry for 15 years and was just 25 when she got her first overseas posting as Vice Consul in Noumea, New Caledonia. A highlight of her time there was having the world-renowned carver Rangi Kipa hold workhops with the indigenous Kanak community.

“I had travelled extensively on short term stints but Noumea was my first time living abroad, and it wasn’t easy to begin with. I missed New Zealand and my whānau. I was pretty homesick for the first six months.”

Armed with an honours degree in French and English she was at least prepared linguistically, and by the time she left Noumea three years later, she had honed her French considerably.

Rebecca considers Japan her favourite posting, and when her four-year term was extended to six years, she couldn’t have been happier.

“There are lots of high points in a job like this. I’ve met the President of Japan, the Emperor of Japan, and Hilary Clinton for instance; and in Japan, I was involved in launching an education promotion project called ‘Game On English’, aimed at improving English language skills in Japan in the lead-up to Japan’s hosting of the 2019 Rugby World Cup and the 2020 Olympics.”

The lifestyle on postings can be stressful and challenging for families though. Rebecca and her husband Jeremy Kells and their two daughters, Ellie, 4, and Hana, 10, always travel and live together overseas. Being away from whānau and friends for four to six years is hard.

“My children identify more with Japan than New Zealand because that’s what they know – despite my efforts to educate them using books, waiata, and subjecting them to lots of New Zealand history, television, and sports. But seeing my four-year-old learn the haka at her international school in Japan was great.

“I think being Māori is definitely an asset in this work. It sharpens your understanding and connections to other cultures, and I would certainly like to progress further, as Ambassador or Head of Mission at an embassy overseas. I am passionate about promoting New Zealand, and certainly enjoy the business promotion and commercial components of the job.” 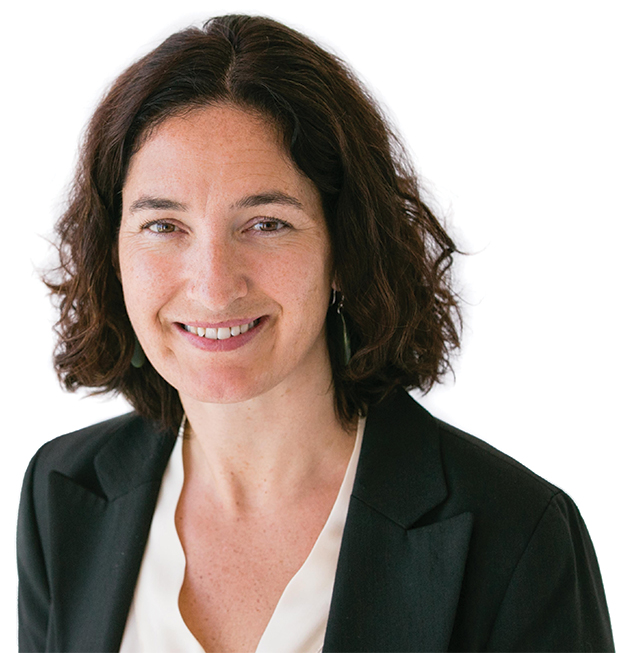 Jacqui Caine comes from a family of crayfishers and muttonbirders in Bluff and Rakiura, and her great-great-great-grandmother, Tini Rahou Rawaho, is one of the wāhine represented on the pou of the wharenui at Te Rau Aroha Marae in Bluff.

It’s a lineage and strength that has inspired her to achieve in her own diplomatic career and now, as New Zealand Ambassador to Chile, Colombia, Peru, Ecuador, and Bolivia, Jacqui (Ngāi Tahu, Kāti Māmoe, Waitaha), is still strongly attached to her Ngāi Tahu whakapapa and the strong sense of identity it has given her.

Jacqui, 43, has spent 20 years in the Ministry of Foreign Affairs and Trade (Manatū Aorere) diplomatic service. She began in MFAT’s trade negotiations team and legal division, and later took up overseas postings as Deputy Head of Mission in Vanuatu, Mexico, and Singapore. Her husband Victor and children Havana, 15, and Carlos, 13, have accompanied her on every mission.

“In many ways, it is more challenging for my whānau to settle in a new country than it is for me. I go to a job I’m familiar with, I have a ready-made support network; my whānau has to be much more self-sufficient. Changing schools is always difficult, let alone moving countries and having to speak a new language,” she says.

Jacqui says they’ve been fortunate as a family to be able to return home reasonably regularly to visit whānau and go down to their motu tītī, Horomamae.

“I think it’s incredibly important for our children to know their whakapapa and to get to spend time with their extended whānau. It’s also pretty grounding, after the somewhat surreal life as a ‘diplomatic kid’, to go back to no running water and a long drop.”

Jacqui believes Māori have a lot to contribute to the foreign service.

“It goes without saying that people skills are critical, but I also think whanaungatanga, manaakitanga, and māhaki are all useful skills and values to bring to a diplomatic role. They are concepts that are shared and respected by many other ethnicities.

“Our evolving tangata whenua–Crown relationship is one that many indigenous peoples are interested in, and New Zealand is often looked to as a model. Having Māori represent New Zealand offshore is a tangible demonstration of the Treaty partnership and the unique New Zealand identity.” 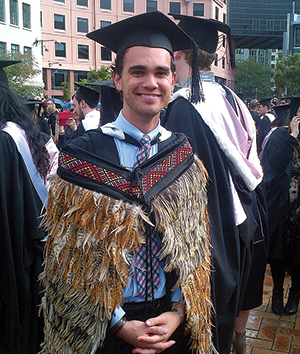 “The ministry does a good job of incorporating aspects of Māori culture and tikanga into many of its practices, and I would like to see greater representation in the Ministry because Māori have a lot to contribute,” he says.

Mitchell, 26, joined the ministry in February 2014 after graduating from Victoria University with a law degree, and an honours degree in political science. He currently works as a rotational policy officer in MFAT’s Consular Division, which provides advice and assistance to New Zealanders offshore. By rotating through different roles within the ministry, he aims to build up a repertoire of skills that will serve him as an effective diplomat in the future.

“I had always been attracted to working in the foreign service because of my interest in the world, other cultures, foreign languages, and the ability to travel.”

His primary role is to look after the country travel advisories that MFAT publishes on its SafeTravel website, providing security-related information for New Zealand travellers. He has also been involved in the emergency responses to Cyclone Pam in Vanuatu, and the MH17 airliner shoot-down.

Mitchell says he was honoured to attend the Anzac Day services at Gallipoli in April, for the second year running, as part of the consular deployment.

“The role of assisting New Zealanders offshore provides immense job satisfaction, whether it be something as small as assisting elderly attendees to their seats, or as major as providing formal travel advice to attendees and dealing with medical emergencies at the services.

“A hallmark of the Gallipoli commemorations is the strong links built up over time between New Zealand agencies and their Turkish counterparts, to ensure that events run smoothly. One informal highlight this year was the opportunity to join with our New Zealand Police colleagues in a football match against the Turkish Jandarma at their base – showing how strong these links have become. Needless to say… the Turks triumphed pretty convincingly.”

Mitchell is keen to inspire other young Māori to consider diplomacy as a career path.

“Young Māori who are clever and driven should apply without hesitation. Back yourself, have confidence in yourself, in the value of your culture and in your ability to add something to the Ministry. Have a crack at it – that’s what I did.” 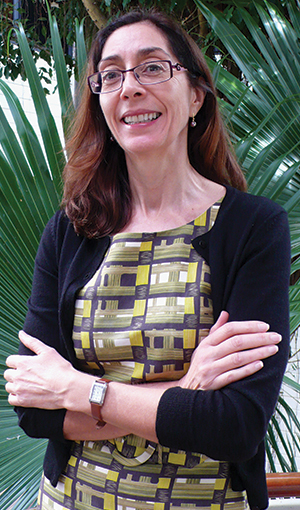 For Linda Te Puni, a diplomatic career is not a job, it’s a profession and a way of life – one she’s been involved in for 27 years plus – more than half her lifetime – since she joined the then Ministry of Foreign Affairs in 1987.

Currently Acting High Commissioner in Tonga, Linda (Ngāi Tahu – Waihōpai, Te Ātiawa – Te Whiti, Taranaki), has had a busy few months. Since she completed her posting as New Zealand Consul General to the French Pacific, based in Noumea, in December last year, she has filled temporary roles, first in Buenos Aires, Argentina as Acting Head of Mission, and then in Mexico City. Her term in Nuku’alofa runs until mid June.

She considers her proudest moment as taking on her first Head of Mission role as High Commissioner to the Cook Islands in early 2010.

“I was the first woman in that role, and I was immensely proud as a Māori to be appointed to that position in the country of our Cook Island Māori cousins. I also felt a sense of responsibility as a role model, and I remember talking to young Cook Island Māori school girls, encouraging them to aim high and assuring them that they could easily aspire to what I was doing,” she says.

Linda says there have been many highlights in her career, from accompanying ministers and prime ministers to meeting and engaging with world leaders. She has been Deputy Head of Mission in Paris, New Zealand’s Permanent Delegate to UNESCO, and Deputy Head of Mission in Mexico, among other offshore assignments. She has also been Acting High Commissioner to Fiji (twice), and has had secondments to the Forum Fisheries Agency in Honiara and the Canadian Department of Foreign Affairs and International Trade.

She believes Māori bring humility and an almost ingrained respect for other cultures to diplomatic roles.

“That is not to say we have the monopoly on this, as it should be an integral quality for all diplomats; but we know not to get too big for our boots. Whānau is a great grounder,” she says.

When it comes to Māori representation within the Ministry, Linda believes there could be improvements.

“I think we need to do better. There are a handful of senior Māori career diplomats, and it is great to see Māori Heads of Mission currently in Rome, Addis Ababa, Honolulu, Santiago, and Port Vila; but that is less than 10% of MFAT’s overseas posts.

She adds that work in the foreign service demands a degree of self-promotion that is alien to upbringing and culture of many Māori; but she says Māori bring authenticity to representative roles within the Ministry.

“We are New Zealand walking the talk about its cultural identity, egalitarian ideals, and maturity as a nation. We are a great example for countries with more marginalised indigenous populations of the place that indigenous people should rightly take in representing their homelands. We bring a genuine cultural ‘value-add’ to the role – what I’d call political savvy and cultural awareness, in all senses of the word.

“We bring the pride and mana of our people and our whānau. We can stand tall and say ‘Look how far we’ve come’, and to me that is hugely meaningful, powerful and rewarding.”