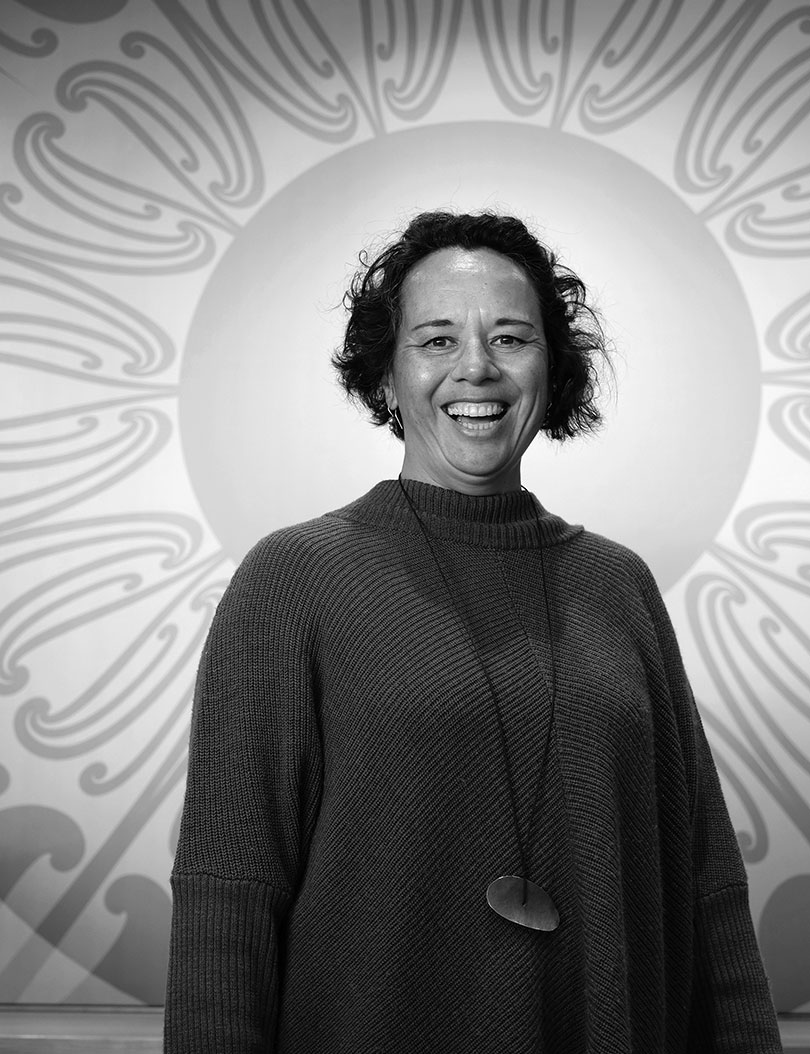 Keri Whaitiri is reluctant to give the work she does a label, instead she has a collection of words that when combined, help to describe it: public realm design, seeding, facilitating, scoping, building of understanding, developing, interpreting and maintaining design strategies – lining things up! But whatever word or combination of she chooses, the results of her labour are clear to see throughout Christchurch city and further afield.

Maumahara, a whāriki made from paving stones that forms part of Ngā Whāriki Manaaki, a series of 13 paved mats conceived by Reihana Parata and Morehu Flutely-Henare; and Paepae Kanakana a collaboration by Matapopore, Walkspace and Ōtākaro, a large concrete fanciful depiction of lamprey ‘bones’ in brass on top. Situated in Victoria Square on the banks of the Ōtākaro (Avon) River, these are just two examples of public art and design works that she helped line up.

Her contribution is ultimately for Ngāi Tahu whānau, hapū and iwi working through organisations such as Matapopore in Ōtautahi and Aukaha in Ōtakou, engaging with local councils to ensure Ngāi Tahu and mana whenua cultural values and history is reflected in our bulit and natural enivironments.

Keri (Ngāi Tahu, Ngāti Kahungunu, Nederlandse) was a practising architect, but grew dissatisfied with the work she was doing and yearned to bring “a kaupapa Māori taiao approach” to her practice – so she retrained as a landscape architect.

She also completed a Master of Arts at Auckland University in film, television and media studies; saying “it helped with critical thinking”.

At the moment Keri also works one day a week at Architectus in Christchurch but is mostly kept busy working with Matapopore, Aukaha and, more recently, with Waihōpai.

“I really just make sure that processes keep ticking over, feeding in at the right points so that things line up, making it easier to get people involved, scoping things, developing briefs, and grounding cultural strategy in design.

“I feel very fortunate to work along side some incredible creative practitioners, and cultural experts as well, who have a real depth of understanding and integrity in what they do.”