The art of weaving

Weaving is no longer a necessity of life yet it has survived and is undergoing a renaissance.
Kaituhi Mark Revington reports. 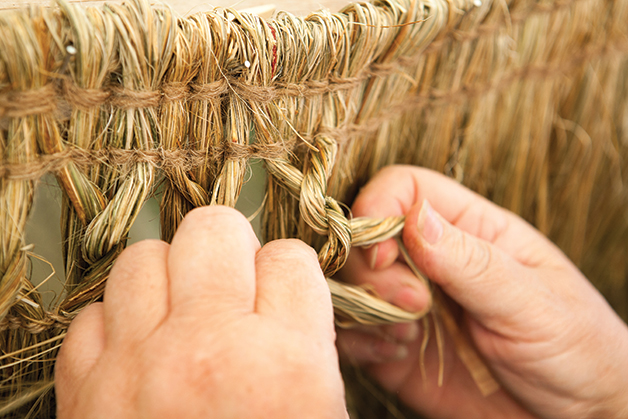 The first arrivals in Aotearoa found a climate much cooler than the one they had left behind in Te Ao Tawhito, or the old world. The new arrivals needed to adapt and create clothes and tools from the new plants they found here. Harakeke proved to be a strong, versatile mainstay for plaiting and weaving clothes, mats, kete, and tools for everyday life. Other plants for weaving included kiekie and pīngao. Weaving was used not only to produce items of clothing but practical objects like whāriki (mats), kete (baskets) of all description, kūpenga (fishing nets and eel traps) and rongoā mats, baskets of all descriptions, fishing nets, and eel traps.

There is debate over the techniques used. Were they brought here as existing knowledge from elsewhere in the Pacific? Or did the necessity of adapting to new materials mean new techniques evolved? 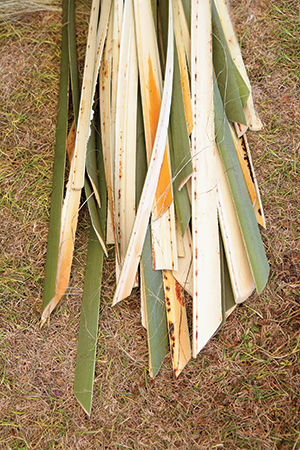 The ethnographer Elsdon Best, in his book Fishing Methods and Devices of the Māori, quoted several early European visitors commenting on the quality of woven flax lines and nets. Sydney Parkinson, an artist on Captain James Cook’s 1769 expedition, noted that “their cloth is white and glossy as silk”.

With the arrival of Europeans and new materials and technology, weaving was no longer a mainstay of life. Yet it has survived and is thriving, undergoing a renaissance similar to that experienced by te reo Māori. And Ngāi Tahu weavers including Ranui Ngarimu, Reihana Parata (Aunty Doe), Morehu Flutey-Henare and others are recognised as some of the best weavers in Aotearoa.

Why do they weave, and why do they think weaving skills were lost? Aunty Morehu (Ngāi Tahu, Ngāti Kahungunu, Ngāti Porou, Ngāti Mahanga, Ngāti Ruanui, Ngāpuhi) and Aunty Doe (Ngāi Tahu) are expert weavers. Both began weaving when they were young. Both got started making kapa haka items. Why? “Because they were needed,” says Aunty Morehu.

“In the olden times we had to weave,” says Aunty Doe. “Now it isn’t a necessity, so it is important we maintain and nourish and encourage weaving.” 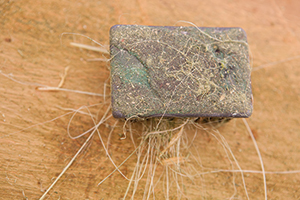 Both agree that weaving natural fibres like harakeke or flax faced obsolescence once new fibres like wool became available. But then weaving began a comeback. Its renaissance is secure.

“There seemed to be a common belief among [early European] writers,” says Aunty Morehu. “It was along the lines of, ‘Why bother when we can gather wool much more easily?’”.

Aunty Doe believes some knowledge stayed with whānau. “I guess because a lot of those skills belonged within a whānau, and if whoever it was carried those skills, if they die or made a decision not to pass them on, then we didn’t learn about them.

“Where did weaving really come from? How did it land in Aotearoa? Where did that knowledge of pattern and design come from? I think it is something that has travelled through time over thousands of years and landed with the knowledge keepers here. We need to pass on that knowledge.”

As a youngster, Ranui Ngarimu (Kāti Māmoe, Ngāi Tahu, Ngāti Mutunga) was known as an inveterate fiddler who liked playing with weaving taonga. “When we went to kapa haka lessons with the Pitama whānau, I used to fiddle with all the weaving taonga. And it’s come back to haunt me now – I have a mokopuna and she is four and she fiddles with all my stuff. So I understand now. She even tries to tell me when I’ve got the wrong harakeke for something.

“I never wove as a child. I was surrounded by people who wore kapa haka uniforms but I didn’t make the connection, not as a child.” 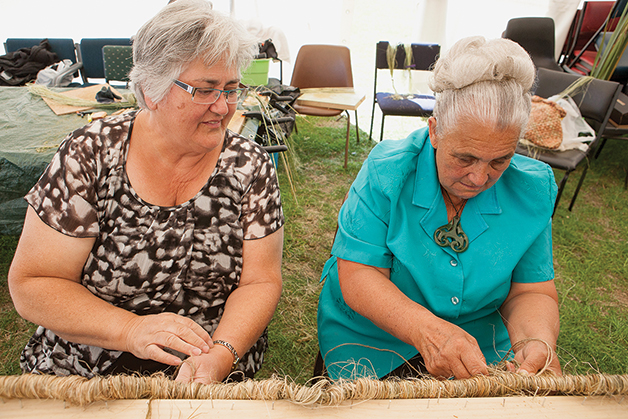 “In the olden times we had to weave. Now it isn’t a necessity so it is important we maintain and nourish and encourage weaving.” Aunty Doe (Ngāi Tahu)

You could say Ranui has more than made up for that slow start. She is an expert weaver, winner of awards, and co-author, with her sister Miriama Evans, of a book on weaving – The Eternal Thread /Te Aho Mutunga Kore, based on an exhibition first realised at Pataka Museum in Porirua. She is a former chair of Te Roopu Raranga Whatu o Aotearoa, the Māori weavers collective. A cloak she made with the late Te Aue Davis and named Te Māhutonga (the Southern Cross) has since 2004 been worn by the flag bearer for New Zealand teams at the Olympic Games. Ranui didn’t embark on her own weaving journey until after she was married. Before that, she was living on the West Coast and tutoring a kapa haka group, “I made the regalia for that group out of things like tapestry cloth and wool. I just did it,” she says. At the time it did not occur to her to use traditional materials. That would come later.

When she did begin to weave, she learned from the best, at first with her husband’s family from Ruatoria. “Like all people going into weaving, I wanted to start with the big stuff. But the weaver that I came across to give me my first foundation was from my husband’s people, and I started at the bottom, preparing for them, and they were expert weavers. That’s where my weaving journey began.” 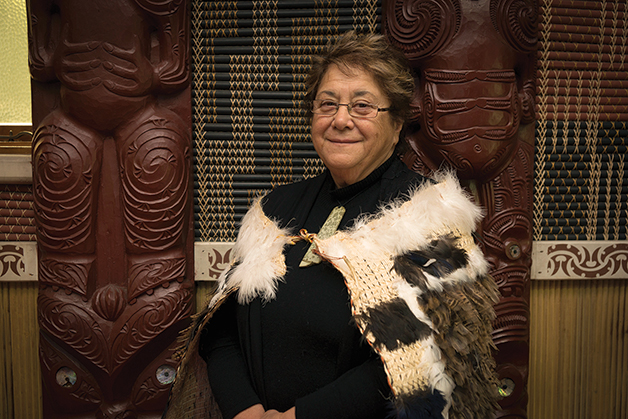 “I learned how to make a kete and all the basic utilities, and then I became a member of Te Roopu, or MASPAC as it was called at the time – the Māori and South Pacific Arts Council, which was an offshoot of the Queen Elizabeth Arts Council. That’s when I met other weavers and where my weaving career really started. I came in contact with icons like Te Aue Davis and Diggeress and Emily Schuster (who headed the first national weaving school, Te Rito, in Rotorua) and met weavers from all over the country which was just awe inspiring.

“I spent a lot of time with Diggeress and she always said, ‘You will have your own things down in Te Waipounamu’. The key weavers in the tribe for me at that time were Taua Magda Walscott in Ōtākou, Ruahine Crofts, and of course there was Cath Brown – she was the prominent weaver of Ngāi Tahu.”

“At sewing time, we had to do pieces that the sewing teacher had asked us to do. I enjoyed it so was always finished very quickly. I went home one day and a bodice was sitting there. I thought, ‘I can do that once I have finished my sewing at school,’ so I asked the teacher and she said I could try making a kapa haka bodice.

“I think where it originally came from was both my parents. My mother in particular could make just about anything. She would go into Christchurch and see people wearing outfits she liked and she would go home and make them. She didn’t need patterns.”

In Ōtautahi, Aunty Morehu has been teaching weaving for Te Wānanga for six years.

She created a kaitaka, the cloaks once known as the fine flax cloaks of chiefs, made from muka or flax fibre and bordered with tāniko or geometric patterning. Only the best flax fibre would do, made from varieties that produce the finest fibre with a silk-like texture. She was inspired by a photo in the Mō Tātou exhibition of whānau all wearing the kaitaka cloaks. She downplays the achievement but is proud that her students in turn aspire to making a kaitaka. “I am happy to revive a Ngāi Tahu weaving art form utilising the non patu, non miro methodologies” she says.

It is about sharing the knowledge, she says. They saw how the art of weaving was lost over several generations, and they are keen to avoid a repeat. “We know the result of what happened,” says Aunty Morehu.

Both agree weaving is undergoing a renaissance and believe they should pass on their knowledge. Aunty Morehu taught in Auckland, including a stint lecturing at the Manukau Institute of Technology, while Aunty Doe was principal of Te Waipounamu College, where she picked up weaving skills from master weaver Emily Schuster.

“Emily Schuster had come down to teach the girls how to make kākahu. They had to do little swatches. I found that a waste of time, so I asked Emily if she minded if I started on a kākahu, and she told me to get started.”

Both say they picked up skills all over the country. “My learning came through a lot of the hui we had,” says Aunty Doe. “We wove with top weavers and they selected who they would teach what to. We would be asked to come and sit beside them and learn.”

For them it is not about replicating traditional patterns. It is about taking that knowledge and skill and expanding it.

“I personally don’t believe in recreating what was there. They belonged to those generations,” says Aunty Doe. ”I believe those designs belong to the whānau who designed that garment, and it is their personal taonga and that is where it should be left.

“Morehu and I, we create our own style, our own garments, even our own patterns. It’s not right for us as weavers to take those traditional designs and copy them. Both Morehu and I will change designs. It is never exact. 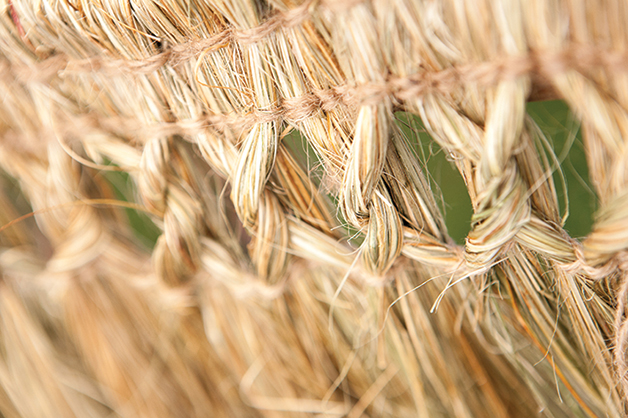