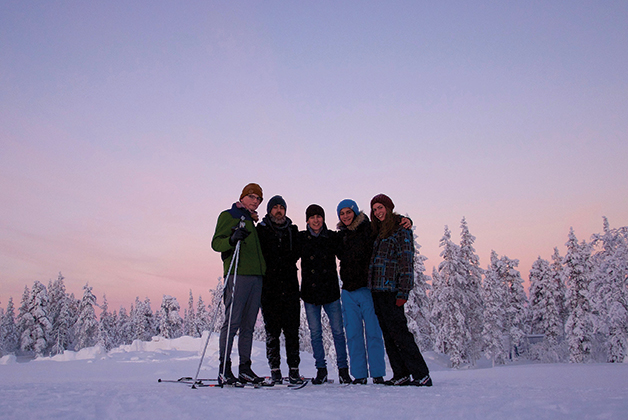 Going on exchange to Finland for the last semester of my degree is one of the last things I could have imagined doing when I first enrolled at the University of Canterbury (UC). In fact I had never considered going to Finland and after months of living there I could still never really explain why I chose to go.

It was to my surprise then, that living in the busy, metropolitan capital, Helsinki, was as easy as it was. Coming from a small rural town north of Christchurch, I think anyone could have excused me for being a little out of my depth to start with, but the whole experience came as very much second nature. Despite obvious differences, Finland shares a lot of similarities with New Zealand.

Getting to represent our tāngata Māori on the trip was a lot of fun, and helped me cement my own identity too. It was really encouraging to hear how fascinated all of the international students were with anything and everything to do with Māori, especially any mention of the haka.

As part of the application process, we had to outline what the idea of inclusive journalism meant to us, and how we thought aspects of our own cultures could be used to further international journalistic practice. Culture was always a big part of why I wanted to spend a semester abroad – for the opportunity to experience and learn about cultures different to my own, as well as having the chance to teach others about New Zealand culture and Māori tikanga.

When I found out I was the first Kāi Tahu student to have been selected to go on the exchange, I felt a great sense of mana and pride in what I had to offer as a rangatahi who learned te reo at Te Kura o Hato Ōpani (St Albans Primary School) and Te Kura Oraka (Shirley Intermediate), along with all of the tikanga that I had practiced as a part of studying in bilingual units.

As prepared as I was for Finland, moving to a country you’ve never been to can be pretty daunting, even if it is for a set period of time. I was lucky enough to have studied with two Finns at UC, who were more than happy to tell me all about how dark and cold it gets during their winter months.

Being so far north Finland’s winters are particularly harsh, and involve a lot of ice, snow, and days where the sun barely rises – if it shows at all. As beautiful as the winter scenery is, the lack of sun and sub-zero temperatures take their toll on many Finnish residents, and unfortunately create a lot of cynicism towards their winter.

Having arrived in time for the last few weeks of summer, I was pleasantly surprised with how green the landscape can be as Finland is in the main a vast archipelago with dense forests. Although the landscape is vastly different to Aotearoa, there is a sense of familiarity in that you are never far away from nature, even when you’re in Helsinki. 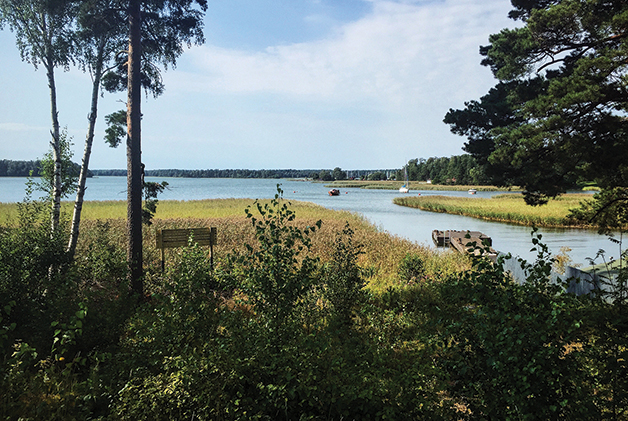 One of Finland’s many rivers, just 50 metres away from Tahu’s accommodation for his first two weeks in Finland.

Like New Zealanders, many Finns share a close relationship with nature and love to be outdoors, especially when the sun is out. During my first weekend I got to experience exactly this, as I was invited to travel to my friend’s summer cottage along with his family.

There, I was given an overview of typical Finnish traditions, mentalities, and even stereotypes. Apparently Finns see themselves as very anti-social and awkward, and while it may be true in some cases, they are also some of the most friendly and hospitable people once you get to know them.

In regards to their relationship with nature, the Finnish mentality reminded me of how Māori interact with the land. “Everyman’s Right” is a concept that still exists as part of the law in Finland, to which everyone has the right to freely roam the country’s lakes, forests, and countryside, and collect natural products such as berries, mushrooms, and other wild plants.

A relationship of mutual respect with nature and with each other is what resonated from the conversations I had over that weekend, and the conversations that I would continue to have with others over the course of the semester.

Finland is also home to indigenous people called the Sàmi, who are also accustomed to a similar lifestyle in their relationship with the land. Unfortunately, I did not get to meet anyone of Sàmi heritage who was active within their communities, but I did learn that they have similar challenges to Māori, in regards to land and language rights.

Having been placed in the Swedish School of Social Science, I got a first-hand account of how fundamental language is to culture in Finland. Swedish is a linguistic minority with just over 5% of the population identifying as Swedish-speaking Finns. Although most Swedish-speaking Finns also speak Finnish, they live very separate lives, and see themselves as being inherently different from their Finnish-speaking counterparts.

The language never made navigating my way around an issue, but it was eye-opening to see that so many Finns actively choose to learn multiple languages. So many New Zealanders will have lived their lives only ever having learned English, and while many schools offer language courses, it would be great to see more emphasis placed on the practicality of knowing another language. 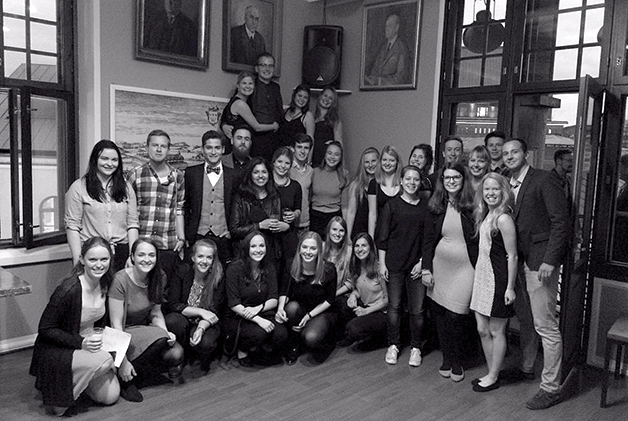 The Utis (International Students) of the Swedish School of Social Science.

Having talked about this with the other New Zealanders on the exchange, most said the experience made them wish they knew how to speak te reo Māori.

Getting to represent our tāngata Māori on the trip was a lot of fun, and helped me cement my own identity too. It was really encouraging to hear how fascinated all of the international students were with anything and everything to do with Māori, especially any mention of the haka.

I found myself translating parts of “Ka Mate” on more than a few occasions, and even reciting a few basic sentences in te reo so people could get an ear for the different pronunciations.

Meeting people from all different parts of the world, it was amazing to see so much interest in Māori culture. And, there was never any trouble fitting into social settings, as there were always so many people from different cultural backgrounds present at any given time.

So, revisiting the question of why I chose Finland, I’m still not entirely sure. the Finns I met on exchange were always the ones most interested in why I would want to visit Finland.

My Finnish friends couldn’t understand why I would want to leave somewhere as beautiful as Aotearoa. It wasn’t until the end of my stay that I could tell them that they were just as much of a reason for me being there as anything else.

I travelled to Finland for the experiences, for the people I have met and made friends with along the way, and for myself.

Living away from home means I will never take home for granted, and has truly helped me develop my own identity along the way.

Tahu Stanley is Ngāi Tūāhuriri – Ngāi Tahu. Having completed his BA Honours degree in Media and Communications at the end of 2016, he is keen for a career using the skills he has picked up, with a particular interest in social media and public relations.